This week I had planned to write about a folklore remedy – a tea fungus.

But then my Grandpa died, and it didn’t feel right. His funeral is on Friday.

He ‘had a good innings,’ by anyone’s standards. He could have lost his life many times over in his early twenties, as a pilot fighting in World War II.

But he survived. Thousands of other young Australians weren’t so lucky.

‘They used to just say, ‘he went off,’ when someone died,’ Granny said a few weeks ago.

One morning Grandpa’s co-pilot Kevin was told that his brother ‘went off last night,’ right before he had to report for duty.

It would be days before he was given the opportunity to grieve.

There are no words for these kind of deaths, where a bright young future is snatched and a family is left forever changed, with a wound that can never heal.

This kind of sudden loss is something I have experienced personally, and in writing about cancer, something that enters my thoughts constantly.

Every other week I hear stories that stop me in my tracks; a beautiful twenty five year old girl who succumbed to brain cancer; a mother forced to say goodbye to a toddler, when treatment didn’t work; and sons and daughters now looking ahead at endless Christmases without their Mum or Dad.

I cry for them, at the injustice of it all, at the unimaginable pain.

They are the tears I associate with grief – the frustrated, angry, despairing sobs – that leave you exhausted and unable to eat.

But then here, with Grandpa, was something else.

He had a ‘good innings,’ he died surrounded by loving family at the grand old age of 91, was I allowed to cry?

I couldn’t stop myself.

I cried for Mum who has lost her Dad; I cried for my Granny who has lost the love of her life; I cried for the memory of my Grandpa, before his sharp mind was crippled by dementia, when he used to bounce me on his knee and wink at me with those kind eyes.

It felt good to cry. According to Andreas Moritz, Ayurvedic practitioner and author of Cancer is Not a Disease – It’s a Survival Mechanism the chemical make-up of tears is influenced by our emotional state. ‘The tears of joy have pleasure hormones in them, while the tears of pain contain stress hormones,’ says Moritz. In other words, it’s good to let it all out, rather than hold it in.

Of course we know that a positive mindset, joy and laughter can help us heal –  studies show that cancer patients who laugh live longer – but the other part is important to: being able to grieve, talk about death and to express our fears rather than pretend they don’t exist.

For leading integrative oncologist Dr. Ursula Jacob, this is an important part of healing.

‘It’s a part we cannot deny,’ she said when I interviewed her a few months ago.

When I spoke with Dr. Jacob I had prepared questions about hyperthermia and other cutting edge treatments, but she dived right into this gritty topic. Dr Jacob explained she had a man working at her clinic, who helped comfort patients afraid of dying.

‘I have realised, during the time I’m been working with oncological patients, sometimes this is as important as therapies for a patient. To feel secure that he does not have to die in an awful way. That there is someone who is with him.’

‘So that might almost be healing in a way?’ I asked Dr Jacob.

On Friday I was listening to ABC radio national (I feel lucky to be back in Oz at the moment) and the topic was euthanasia.

One lady who called in, a woman faced with apparently incurable cancer, said that if she had at her disposal, a pill to end her life without pain it would give her strength to live, because it would take away her fear of death.

It’s certainly true that identifying our fears, and releasing ourselves from their grip, can be an important part of healing.

In The Creation of Health Caroline Myss observes that while a myriad of factors combine to make us unique, what makes us ill is ‘identical.’ According to Myss:

‘A strong dose of negativity or fear will contaminate any human being regardless of nationality, social background, education, wealth or talent. Poison is poison, no matter who imbibes.’ 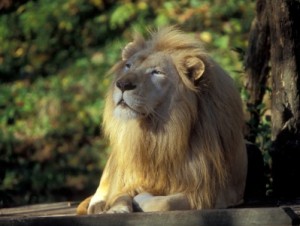 When I spoke with Dr. Siegel, earlier this year, he had this to say:

‘I show them [patients] in a sense that there are others who have been there. That’s why a room full of what I call ‘natives’ [people who have had cancer] is good. There are people sitting in the room who have gotten through what this person is afraid of.The other thing is to get them to really look at what it is they’re afraid of, to really define it.

‘Like if you said ‘I’m afraid of dying’ I don’t know what that means. What is the afraid part? But if I said ‘tell me what you mean by that?’ Then as they break it up into things you can show there are ways of taking care of it and ways of getting help and then they’re not so afraid anymore.’

‘When you get it out you feel better – whether it’s into a journal or whatever, you’re not carrying it within you,’ said Siegel.

Sometimes Dr. Siegel, or Bernie as he likes to be called, invites an old person in, to talk about their lives: 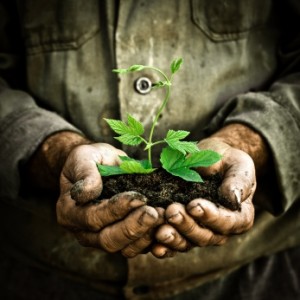 Grandpa lived through a lot – he experienced great love and great sorrow, hard-work, homemade cakes, gardening… and so much more that I’ll never know. Friday will be a celebration of his life and when I throw my fist full of dirt in his grave it will be with the knowledge that we all follow him there eventually.

Back to mother earth; returning to the ground that gave, and gives, us life.

Since writing this blog, I have discovered that Andreas Moritz has since passed over to the other side. It was a huge shock and is a great loss to the world. RIP Andreas.

13 Responses to Dust to Dust