But although we like to try on old trends, our taste buds inevitably change.

We want high-waisted jeans, minus the stonewash; synthesizers without the saxophone interlude.

When I took a sip of her most recent brew, I was transported back to my childhood; of wearing hypercoloured shirts and jumping around on gogo balls… and having the Kombucha ( a jelly-fish like culture) sitting in a pot on the kitchen bench.

Back then, I took pleasure in terrifying friends by lifting the lid; it looked like an alien and a mere wiff was enough to make you scrunch your face in disgust.

But Mum, who has long subscribed to the school of ‘it has to taste bad to be good for you,’ drank the tea with relish.

But, as with most things, the Kombucha eventually fell out of fashion, and ‘the mother’, as the Kombucha culture is referred to, was forgotten.

‘It’s growing out of control,’ Mum told me over the phone a few weeks ago. ‘ And it tastes so much nicer than the one I had years ago.’

I was skeptical, but she was right. I remember the tea being almost unbearably sweet and tangy, but her more recent brew is fizzy and refreshing, and not far off a rather good cider.

So what is Kombucha ?

Kombucha is a fermented tea with a vinegary flavour.

The Chinese have sipped the elixer for over 2000 years, passing the culture – like a valuable heirloom – from generation to generation.

From eastern Asia it travelled to Eastern Europe and Russia and was often found under a tea-cloth in a warm corner of a kitchen, being tended to by a wise old Babushka.

Up until World War II it was found in almost every household in Austria, according to Rosina Fasching author of Tea Fungus Kombucha: The Natural Remedy and its Significance in Cases of Cancer and other Metabolic Diseases.

In the book, Fasching writes: ‘When the war brought about a shortage of black tea and sugar, which are essential for the preservation of the fungus, it lost it’s popularity and fell into oblivion.’ 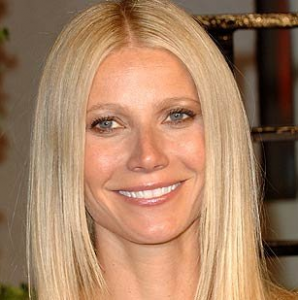 But it wasn’t completely forgotten and today it’s sipped by a slew of A-listers including Madonna, Gwyneth Paltrow, Reese Witherspoon and Halle Berry.

It’s touted as an anti-ageing drink (some believe it can reduce grey hair) but the reported benefits go way beyond the aesthetic.

According to numerous books, this celebri-tea can:

* Aid with stress and insomnia

Research now shows that up to 80 percent of the body’s immune system is located in the gut, so maintaining a healthy balance of bacteria in the intestine is vital for good health.

Healthy bacteria can also target cancer cells directly, according to research. In studies looking at colon cancer cells, probiotics were shown to:

* Bind to and inactivate carcinogens that can damage DNA 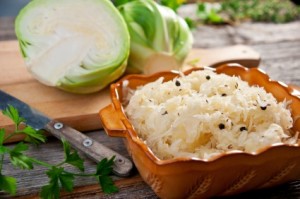 While products like activia have raised the profile of probiotics, many people are unaware that there are non-dairy alternatives. Sauerkraut, natto and coconut-water kefir are just a few of them… but today, we’ll focus on kombucha.

Nurturing a kombucha can be messy and a bit time consuming – but it’s not tricky.

Once someone has supplied you with a culture, you will need:

Sugar?! I can hear your shouting. Don’t worry,  the sugar in the kombucha is almost completely used up in the process of fermentation.

Make two litres of tea, stir in the sugar, wait for the mixture to cool down and then add in your culture (don’t put it in hot water!).

Cover with a tea-towel and secure with a lacky band to ensure bugs don’t spoil the brew.

Remove the culture with clean hands, and drain the liquid to drink, keeping about 10% of the liquid for the next batch.

Give the Kombucha a rinse under cold water and repeat the process, adding the reserved Kombucha liquid into the new tea solution.

You can buy ready-made Kombucha from a health shop near you.

I seem to have seen it everywhere this week.

At the Raw Kitchen in Fremantle, Western Australia, they offer it as an ‘aperitif’ to aid digestion. 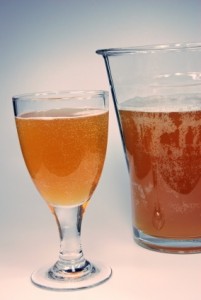 It’s not quite a campari and soda, but, served in a glass goblet, on a hot day? It goes down pretty easily.