Weedkiller in Your Bread? 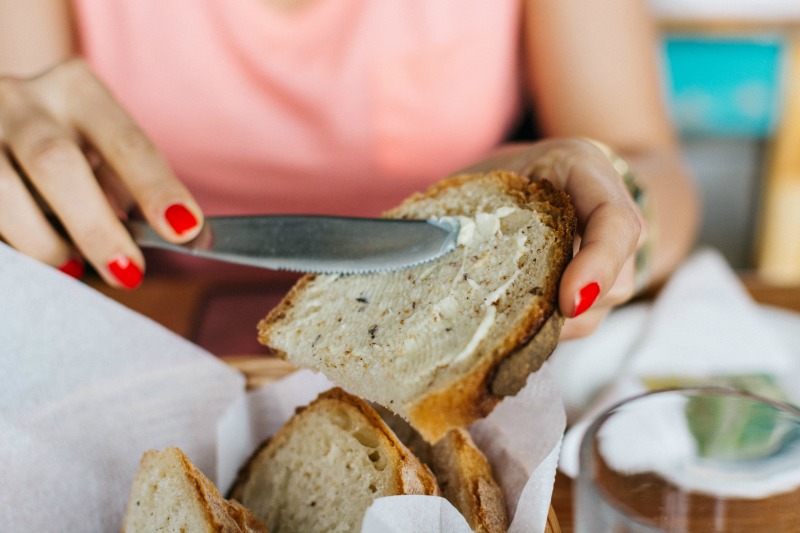 Did you know that roughly 30% of British bread samples contain traces of a toxic weedkiller?

The shocking finding comes from a report by the Defra committee on Pesticide Residues in Food (PRiF). The chemical, glyphosate, is also sprayed around parks and is used liberally in UK farming; in the last 20 years its use has increased by 400%.

The good news? Glyphosate, which is the main ingredient in the herbicide Roundup, may soon be made illegal in Europe.

Last week the EU Commission was forced to postpone re-licensing of glyphosate until May. Several countries were pivotal in this vote for a safer planet; Italy, France, Sweden and the Netherlands opposed the new 15-year license.

This came following extraordinary public support to ban the weedkiller; 1.4 million people signed a petition against glyphosate, making it the biggest online campaign since the push to save bees from neonicotinoid pesticides.

Of course industry heads were outraged.

It means the licence to use the main ingredient in Monsanto’s $5bn-a-year Roundup brand, will expire at the end of June.

The re-vote will happen in May, so if you care about the planet and your health, help maintain pressure on governments to stand firm. You can stay engaged by signing up to alerts from the likes of SumofUS, Avaaz, and GreenPeace.

So what’s so bad about this herbicide?

The World Health Organisation’s cancer agency, IARC, recently found that glyphosate was ‘probably carcinogenic to humans.’ Let’s look at more of the evidence;

* Promotes the Growth of Deadly Bacteria according to research from the University of Leipzig published in 2015. A separate study shows that at just 0.1 parts per billion glyphosate destroys gut bacteria in chickens.

* Puts Holes in Your Gut ‘Glyphosate is responsible for putting holes in our guts so denatured proteins can cross through to our blood,’ says detox expert Dr. Daniel Pompa, ‘these act as foreign proteins to which our immune system makes antibodies.’ Dr. Dan Pompa shares more about toxins and how to rid your body of them in this fantastic podcast from Zestology.

* Is Linked With Infertility, Gastrointestinal Disorders, Parkinson’s, Alzheimer’s, autism, as well as Crohn’s, colitis and diabetes according to Dr. Stephanie Seneff, a senior scientist at MIT.

* Increases you risk of non-Hodgkin Lymphoma – as well as other cancers including multiple myeloma.

* Has been linked to Birth Defects. In Argentina, a temporary ban on glyphosate was sought in 2009 following a high incidence of birth defects and cancers in people living near crop-spraying areas, as reported by the Scientific American.

* Magnesium Deficiency In 1964 the chemical was patented to be a ‘chelator of minerals’ especially magnesium. This means that glyphosate can act like a sponge to pull minerals out of your body according to Jefferey Jaxen.

Found in Honey and Mother’s Milk

If you live in America it’s even more important to choose your food carefully. A report from Reuters in 2015 found residues of glyphosate in astounding 41 of 69 honey samples, 10 of 28 samples of soy sauce, three of 18 breast milk samples and six of 40 infant formula sample.

What you Can Do?

Buying organic is the best way to protect yourself. Yes, organic is more expensive; but consider it a donation to Mother Earth. As well as avoiding nasty pesticides you get more goodness from your produce. Organic fruit and veg has up to 69% more antioxidants according to a major review of 343 peer reviewed studies published in The British Journal of Nutrition.

On Tuesday April 19th I will be speaking at Grace Belgravia in London about How To Stay Clean in a Dirty World.

In the evening workshop I will cover everything from how to pull BPA from your body and the safest seafood to eat, to how to stay healthy on the plane and what you need to know about your mobile phone. Guest ticket prices are £25 per person.

To secure your ticket please call 020 7235 8900 or email rsvp@gracebelgravia.com

For those who live overseas my book ‘Mum’s Not Having Chemo’ is full of natural detox strategies – from coriander and vitamin C, to modified citrus pectin and coffee enemas. American readers will find the same book under the US title ‘You Can Say No to Chemo.’

Laura Bond is a journalist, author and Nutritional Therapist. She specialises in helping clients beat stress, reduce their toxic load and prepare their bodies for babies. To find out more, click here.