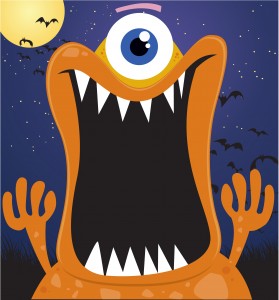 A: Completed a course in Transcendental Meditation

B: Given up sugar and dairy for at least four months

C: Had their amalgam fillings and root canals removed

The answer, which might come as a surprise to many, is C.

Mum came across this fact when she was looking at various treatment centres, following her diagnosis. She had long known that mercury fillings and root canals were toxic – but finding out this really hammered it home.

Way back in the 1920s Dr Weston Price, a dentist and author of the epic tome Dental Infections and the Degenerative Diseases, discovered that when he performed root canal therapy on patients, chronic illness would often follow. Was he responsible for spreading disease through this common procedure? He was brave enough to ask himself that question.

Price found that when he removed the root canal filled tooth (essentially a dead tooth filled with poison) his patients would promptly recover from whatever illness they were struck down with – be it arthritis, heart disease or kidney failure.

To test his theory, Price took infected root canal filled teeth and inserted them under the skin of rabbits. What he discovered, through these seemingly ‘hare-brained’ experiments, was that the rabbits became ill with the same diseases as the patients. If the patient had developed cancer followed RCT – so would the rabbit.

So what is Root Canal Therapy?

RCT is sold as a therapy that can ‘save’ a decaying or dead tooth. Pity it doesn’t come with the warning ‘You may die’ – or run the risk of developing cancer, sinusitis, Multiple Sclerosis, arthritis and eye diseases.

The procedure involves clearing out and sterilizing a dead tooth, filling it and then sealing it with a crown.

The first problem is that it’s IMPOSSIBLE to sterilize a dead tooth, as reams of recent research now shows. So even if it looks and feels OK, the root of the tooth, or the surrounding tissue and bone, is likely to be infected.

Weston Price had already discovered this problem in the 1920s. He experimented with a plethora of toxic substances, including pouring fuming formaldehyde down the root canal of a tooth, and found that nothing stopped the formation of bacteria.

Price’s research (25 years worth) on root canal therapy was largely ignored for 50 years. Until the late Dr George Meinig, released an abridged version of his works called Root Canal Cover-Up.

Others in the profession have also started to speak out.

Dr Hal Huggins, a renowned dentist, author and speaker has been fighting the battle against root canal therapy for decades. He has led groundbreaking research revealing bacterial contamination in the DNA of 100% of extracted root canal teeth tested. One type of bacteria Strep intermedius, was found in 69% of his samples, a bacteria which attacks the heart, nerves, lungs, liver and brain.

In 1993, Dr Hal Huggins gave a lecture to the Cancer Control society where he stated:

‘The problem with a root canal is that it is dead. Let’s equate that. Let’s say you have got a ruptured appendix…who do you look up? Let’s see, we have a surgeon and a taxidermist, who do you call? You going to get it bronzed? That is all we do to a dead tooth. We put a crown on it, looks like it has been bronzed. It doesn’t really matter what you embalm the dead tooth with, it is still dead, and within that dead tooth we have bacteria, and these bacteria are in the absence of oxygen…They undergo something called a pleomorphic change… like a mutation… they learn to live in the absence of oxygen.. now produce thio-ethers some of the strongest poisons on the planet that are not radioactive.’

These thio-ethers, which leak from the dead tooth into the surrounding tissue and throughout the body, are closely related to the chemicals used in Mustard Gas.

One such compund, Dimethyl sulfate, is so hazardous it has been categorized as a group B2 human carcinogen. Tumours have been observed in the nasal passages, lungs and thorax of animals exposed to it.

Dentistry is the only medical profession that thinks it’s a good idea to leave dead necrotic tissue in the body.

But you won’t hear dentists referring to ‘rooted’ teeth as dead – they prefer the euphemisms ‘pulpless’ or ‘non-vital.’

Looking away (if you can) from the alarming facts about bacterial infection and chronic disease – the second problem with root canals is what they fill them with.

A veritable cornucopia of cancer-causing ingredients are filling unsuspecting patients’ teeth as we speak – phenol, phenylmercury, formaldehyde, zinc oxide – to name a few.

In Australia, the most popular tooth cement for root canals is called AH26, which releases both fomaldehyde and ammonia. It comes with the warning:  ‘Do not allow undiluted product or large quantities of it to reach ground water, water course or sewage system.’

In other words, don’t flush it down the loo, but by all means, insert it into your mouth.

Mum made her partner, Peter, watch the DVD Rooted three years ago. He was at first reluctant, then mesmerized and later – eternally grateful. About two weeks after watching the doco he started to get a toothache. He went to the dentist who recommended he have a root canal: he leapt out of that chair quicker than you can say ‘second opinion!’ He duly when to another dentist who suggested the same.

So Mum did some research and sent him to a holistic dentist called Dr Hament Hari in Perth. His diagnosis? Peter had something called ‘cracked tooth syndrome.’ The answer? A simple filling and some homeopathic remedies (for the damaged nerve) at a cost of $145 (AUD).

A root canal therapy, by comparison, costs thousands – and it’s worth remembering that doesn’t include the cost of needing to get it re-done (RCT has a 60% failure rate) or the possible cost of chronic disease. 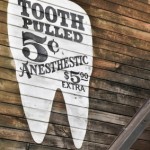 Back in the good old days

More than 16 million root canal therapies are carried out every year in America, making RCT a Billion dollar industry. To quote from Rooted this represents a 10.2 Billion dollar tax income for the government.

That’s a pretty good incentive to keep embalming dead teeth. Who needs the Truth Fairy when you’ve got that kind of money rolling in?

Thankfully holistic or ‘biological’ dentistry is on the rise. Below I’ve started a list of holistic dentists that are trailblazing a new path.

Please click here to leave any of your own recommendations.