‘Science helped me say no to chemo’ 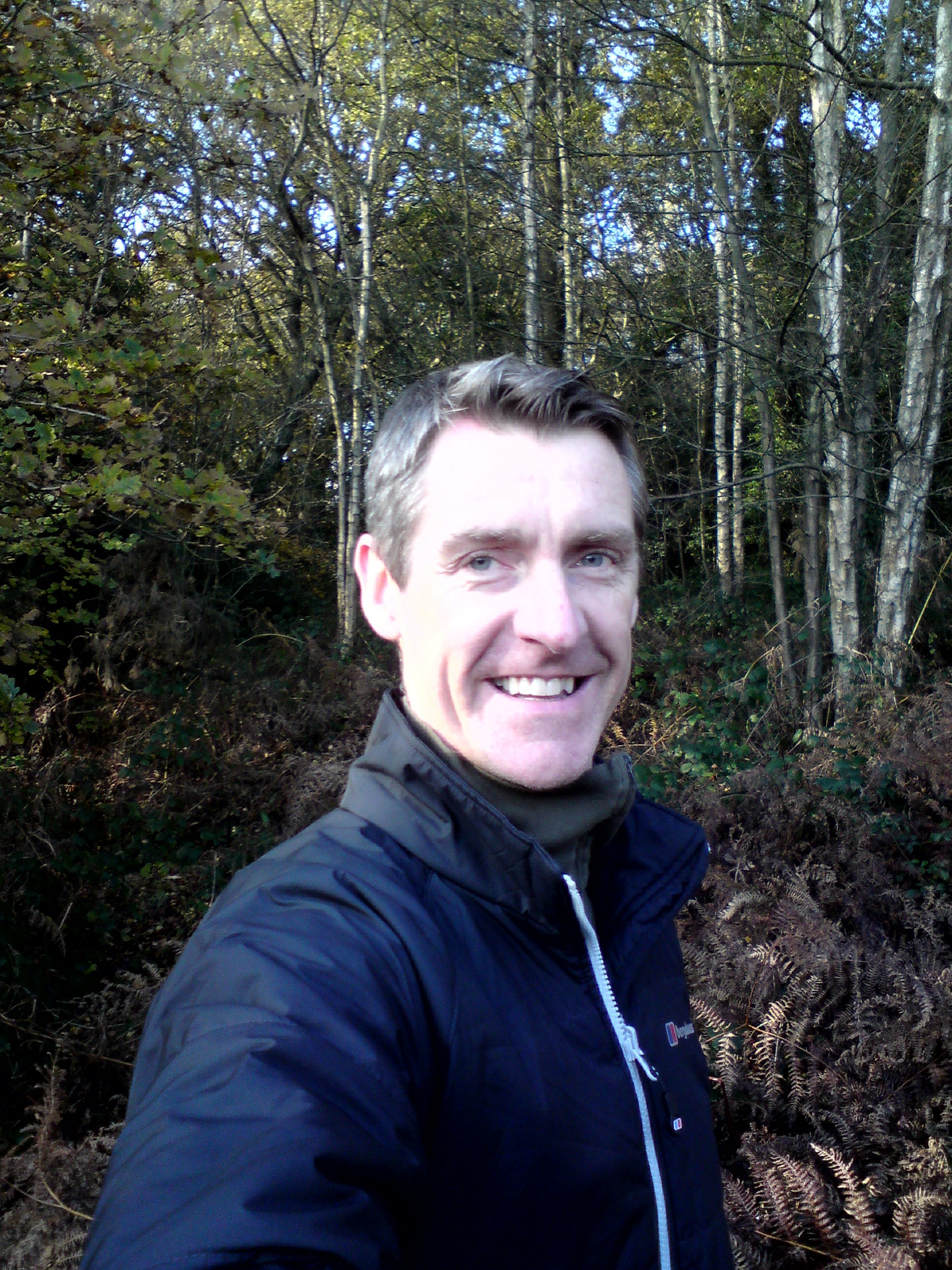 Some say that mainstream media is going the way of dinosaurs. I tend to disagree.

Although the internet and new media have revolutionized our relationship with news, it’s very easy to get lost in the vortex; and while google and #hashtags might be useful highway guides, there is no satnav for searching, and no direct postcode to help connect those looking for a kindred spirit.

A newspaper or magazine article on the other hand can draw, with magnetic force, thousands of like-minded people together.

Knowing this, I was hugely grateful to those editors who defied the usual blanket silence on alternative cancer therapies and mentioned my book in their pages last month. As a result, I received a flurry of emails from people who, like Mum, had overcome their cancer naturally.

One of them was Cliff Russell, a 6 foot 6 police officer with three science-based degrees who also said ‘no’ to chemo.

Here is his story, in his own words….

‘I had a particularly bad stage 2 colon cancer with a poor prognosis and I was strongly ‘encouraged’ to undergo chemotherapy.  But, having done my research I knew that chemotherapy wasn’t going to increase my chances of being around in a few years – I actually ended up getting the head oncologist to admit that chemo might ‘theoretically’ only add an extra 2-3% to my 5 year survival chances! I remember thinking at the time that just drinking the odd cup of green tea would probably outperform that statistic.

The point I would like to highlight is that for me, not having chemo was not actually a brave choice, it was actually the most logical and rational choice to make. The real tragedy is that when I asked my oncologist how many patients had rejected his advice to undergo chemotherapy, he said I was the first.

What alternative treatments have you tried since your diagnosis?

I’ve tried a wide range of self-treatments over the last 3.5 years – unfortunately I’ve not really had the money to treat myself any other way.

The constants have been; The love of my wife and family, organic food, a quality multivitamin/mineral, iodine, high dose selenium, high daily doses of Vitamin C and D, trace minerals, as much sunshine as possible, a very low carbohydrate diet, green and white tea, coffee enemas, green vegetable juices and smoothies and about 5mg of melatonin every night.

Which alternative treatments do you think have worked best for you?

I’ve felt that I’ve needed different things at different times. However, the number one thing for me is always maintaining a low carb/sugar (mainly organic) diet – Otto Warburg didn’t win that Nobel Prize for nothing!

I was also lucky to be diagnosed in the Spring, and it was a warm one in 2010, so for 5 months (until I had to go back to work) I spent every spare minute with my shirt off sunbathing – put it down to Vitamin D or celestial photons, whatever it was, the sun really made me feel better, and it has done ever since.

When I’m not sunbathing I take a minimum of 10,000 units of Vitamin D a day, and between 5 to 10 g of vitamin C. Of all the other ‘interventions’ the green juices and smoothies always make me feel great (being a typically ungrateful bloke I have christened them ‘Green [email protected]@tards’) And of course the treatment that dare not speak it’s name…the coffee enema, I feel has been an amazing support. I have some affectionate names for this procedure too…

Were there any surprising benefits from the treatments? For instance some people reach for the coffee enema kit when they feel a headache coming on…

I feel like my immune system is hard as nails now – I’m never ill with colds or flu. Another more profound by-product of my illness has been the ability, most of the time, to put things in perspective. I feel like I have been to the edge, had a quick peek into the abyss, and nothing is going to phase me now.

You mention that you really related to the chapter in my book about the ‘cancer personality.’ Which parts resonated with you?

I’m not sure if everyone who knows me would necessarily agree, but I think I’m the type of person who always wanted to be liked, and by everyone, and all the time. I think the pressure of wanting to be constantly perceived as a ‘nice person’ can take its toll – I now think it’s beneficial to be a selfish git occasionally.

It hasn’t escaped my attention that psychopaths and Nazi war criminals seem to live quite routinely into their 90’s – go figure. What have I done about it? Well, it’s a work in progress, but I do generally spend less time worrying if people like me or not, and I’m much more likely to be honest about my opinions with people.

How have your changed your diet and environment? (i.e. have you got rid of anything in your house that might have hindered your recovery?)

We now cook with titanium-coated cookware- no nasties leaking into our food any more. We also try to only cook with organic coconut oil – but my wife still uses other oils when she thinks I’m not looking. My wife has also chucked out nearly all the household cleaning products and we now clean with ‘Enjo’ microfibre cloths and water. I’ve also learned how to make my own natural soap (for shaving and washing) and deodorant, and I use a chemical free shampoo.

I’ve cut down on my fluoride exposure through a whole house water filter, fluoride-free toothpaste, and a reverse-osmosis drinking water filter. I’ve also recently got a water alkalising machine, as I realised that the RO water comes out very acidic.

I’m still learning about electro-smog issues, but have already ditched our cordless phone for an old-fashioned corded one. The wifi is next on my hit list, but for the time being we always switch it off at night.

What do you believe is the most important factor for healing?

For me everything flows from your attitude. Having a loving family around you helps too. It’s easy to crumble after the initial shock of the diagnosis, I certainly did. I was numb for days.

Luckily my spirit managed to kick back in again, and just in time to make some pretty important decisions. The default pathway for shell-shocked patients would appear to be doing exactly what they are told by their doctors – which isn’t necessarily always the best thing for them. As for chemotherapy? I have realised, certainly for colon cancer, that what is constantly being hailed as a life-saving wonder intervention, is in fact largely a redundant pile of pants (and a very lucrative one at that).

This shattered illusion has naturally led me to take a fresh look at the rest of the world around me, and ask what other pant-like rubbish we are being peddled. How about Quantitative Easing, SSRI’s, Statins, low-fat diets, vaccines, the apparent need for constant wars..

My daughter was a little over 12 months old at the time of my diagnosis, and the thought of her growing up without her dad chilled me to the bone. At a certain point I made a commitment to myself that I would do absolutely anything to maximise my chances of survival, and I haven’t looked back since. So no more carbohydrates, ‘green [email protected]@tards’ for breakfast, some coffee ‘where the sun don’t shine’, bring it on.

9 Responses to ‘Science helped me say no to chemo’