I often call up Mum for a health forecast ahead of writing this blog. 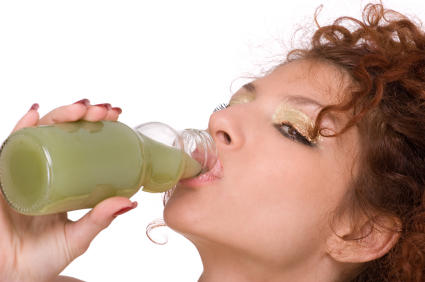 She has always been ahead of the curve – she knew about kombucha and kefir twenty years ago, practiced yoga when step-class was still du jour and shopped at one of the first macrobiotic health stores in Sydney, while I was still in kindergarten.

When I asked her this week, ‘What’s new?’ she didn’t fail to deliver.

‘Apparently chlorophyll is the new coconut water,’ she announced.

I thought the catchy headline was too good to be true. But sure enough, a brief search online proved Mum still has her finger on the pulse.

British health expert James Duigan, who counts Rosie Huntington-Whiteley and Elle Macpherson among his clients apparently swears by it: ‘We use chlorophyll drops in water to help keep people alkaline,’ said Duigan in a recent article.

Chlorophyll, the pigment which gives plants their green colour, does much more than alkalize the system.

This all-star player is reported to be an anti-carcinogen, antioxidant, and anti-inflammatory.

What’s more, just a few drops diluted in water can:

–  Build up your blood – by increasing hemoglobin 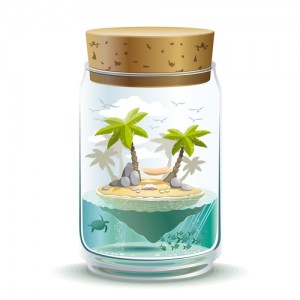 Chlorophyll can even stand-in for sunshine, according to Paul Pitchford, author of Healing with Whole Foods: Asian Traditions and Modern Nutrition.

‘In the old days people used to say, if you can’t get out in the sunshine, used stored sunshine in the form of chlorophyll,’ says Pitchford.

Perhaps the biggest draw-card in terms of anti-cancer nutrition, however, is chlorophyll’s ability to improve oxygen transport throughout your body.

Research shows that malignant cells can’t survive in a highly oxygenated environment, so anything that boosts your oxygen levels, will help keep cancer at bay.

Exercise is one simple way to oxygenate the body; drinking chlorophyll-packed juice, is another.

‘Green vegetable juice is alive with biophoton energy and is the highest quality water we can obtain for cancer prevention,’ says Dr. Thomas Lodi, a leading integrative oncologist (You will find more wisdom from Dr. Lodi in my forthcoming book Mum’s Not Having Chemo: Cutting-edge therapies, real-life stories – a road-map to healing from cancer).

Most days, Mum makes herself a potent green cocktail.

She will then add a few drops of Ocean’s Alive – a concentrated form of marine phytoplankton, and another rich source of chlorophyll.

For those who can’t stand the taste, you can also reap the rewards through bathing in chlorophyll – apparently.

Patients who soak in chlorophyll water baths can double their red blood cell count in days, according Dr Bernard Jensen in The Healing Power of Chlorophyll from Plant Life.

An equally wild fact is that coconut water – getting back to yesterday’s hot health drink – is almost identical in composition to human blood plasma. And, according to reports, coconut water was given to wounded soldiers in lieu of blood transfusions during the Pacific War.

So in conclusion I’d say both chlorophyll and coconut water deserve their place – not only on the top shelf of health food stores, but also, it would seem, in the bathtub and first aid-kit.