Blueberries: reverse the damage from radiation?

These little parcels of soft, juicy joy have been heralded for decades as the answer to good health and longevity. 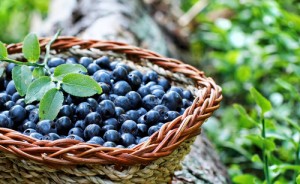 They have been shown to:

* Boost mood and brain function – Blueberries help the body to release dopamine, the neurotransmitter associated with desire and reward.

* Improve vision – Thanks to compounds called anthocyanosides, which seem to slow down visual loss.

* Cut the risk of heart problems

One cup of blueberries will provide 9,697 ORAC points (a measure of antioxidant potential) – the same as 11 bananas. While impressive, it’s nothing compared to the figures racked up by goji berries, acai and raw coco nibs ( 100g of which packs a whopping 62,100 points).

However, new research has cemented blueberries position amongst the supers.

Now, this year, researchers have found that blueberries contain an ingredient that might stop cancer returning following treatment.

The compound pterostilbene, chemically related to resveratrol, has been shown to inhibit the adverse mutations associated with radiation. In particular, the type of radiation used to treat cancer patients.

Why Cancer Comes Back

While conventional treatment may initially reduce a tumour’s mass, the downside is that both chemotherapy and radiation can cause cancer to make a more aggressive comeback.

Why? Because radiation and chemotherapy may cause cancer stem cells (CSC) to mutate.

It’s estimated that CSC account for less than one per cent of any original tumour – but don’t be fooled. These highly aggressive, slow growing cells can outwit conventional treatment, time and time again.

Thankfully there are a host of natural compounds – found in everyday vegetables, fruits and spices – which have been shown, in preliminary research, to target cancer stem cells directly.

These include resveratrol (blueberries) curcumin (turmeric) and sulforaphane (broccoli sprouts). To see an extensive list of these hero substances, I suggest you read Sayer Ji’s blog, on Green Med Info, Are Cancer Stem Cells the Key to Discovering a Cure? 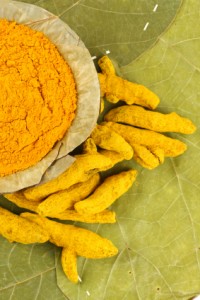 Haelan, a fermented soy beverage, should also be added to that list. According to Walter H Wainright, the world’s leading expert on Haelan, it can also take on cancer stem cells. You can read more about it here.

Blueberries seem to be everywhere at the moment – it is the season of course.

They are shouting ‘two for £5’ at farmer’s markets, cropping up in scientific journals and taking a starring role in foodie pages across the blogasphere.

This week Sarah Britton of Mynewroots (one of my favourite places to go online, along with Green Med Info) posted a recipe for a blueberry and basil smoothie. I’m yet to try it, but with banana, tahini and sprouted nuts it sounds like just my kind of thing. 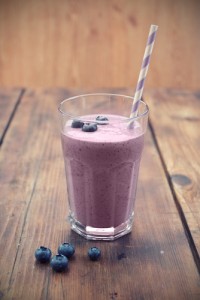 For the uninitiated, Sarah Britton is now world famous for her ability to make you salivate over the humble kale leaf, or gluten free muffin, thanks to her simple recipes and beautiful photos.

2 Responses to Blueberries: reverse the damage from radiation?