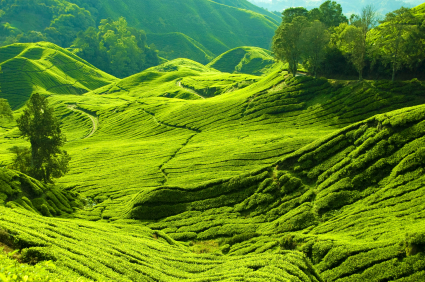 It’s been shown to demolish tumours while leaving healthy cells intact; patients who have chemotherapy alongside it can keep their hair on; and, although it doesn’t work for everyone, thousands of cancer sufferers have traveled to Germany for this radical heat therapy, and turned their situation around.

One of them is Voyt Reich, a follower of my blog from Brisbane, Australia.

Voyt didn’t think he had much hope when his liver cancer returned in February 2012. His hepatologist told him he had three weeks to live, but he had other plans. ‘Somehow my inner voice was telling me that he was wrong,’ he said when I spoke to him recently.

With nothing to lose, Voyt experimented with various home remedies – including the Budwig diet – before deciding that changing his diet, although important, was not enough.

‘Then I heard about The Herzog clinic in Germany. A friend of mine who had been diagnosed with pancreatic cancer – with liver metastases – had traveled to see Dr. Herzog. He had hyperthermia, alongside chemotherapy, as well as vitamin infusions, antioxidants and more. He has now been in the clear for 18 months.’ (The average survival time for patients with advanced pancreatic cancer is 3-6 months).

After learning of his friend’s remarkable recovery, Voyt booked an appointment with Dr. Herzog over the phone and was on the next plane.

The result?  Not only are his tumours shrinking but Voyt’s life has taken on a whole new meaning. He has since set up his own holistic cancer clinic in Malaysia and is currently giving seminars around Australia about the benefits of hyperthermia.

So what is hyperthermia?

Hyperthermia is a type of heat therapy that helps the immune system to recognize and destroy tumour cells.

Studies verifying the effectiveness of this cutting edge therapy can now be found on the National Cancer Institute website, and clinical trials are currently underway at leading research institutes including the University of California.

But the Germans are way ahead of the game:

‘Twenty years ago, we had the biggest hyperthermia centre in Europe,’ says integrative oncologist Dr. Ursula Jacob. ‘We had about 100 beds in the clinic and over the years we saw that hyperthermia not only mobilized the immune system but also improved long term survival.’ 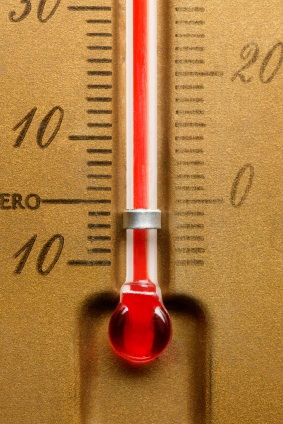 In cases of advanced cancer, patients have their whole body heated for four to five hours, however if the cancer is localized – for instance only in the breast, cervix or stomach – only the cancerous tissue is heated up.

‘With local hyperthermia, the patient is awake and they don’t feel anything because the skin is cooled down by an applicator,’ explained Dr. Herzog when I interviewed him recently.

Notwithstanding the evident benefits of hyperthermia, the cost of the treatment (even before travel costs are considered) is eye watering.

‘I spent about 100, 000 (AUD) dollars on treatments,’ says Voyt, who returned to Germany five times in 2012. This included appointments for ‘chemo embolization’ at a different German clinic at €4000 a pop.

Realising there was a market for Australians looking for sophisticated approaches to treating cancer – and aware there were scant options outside of Germany – Voyt decided to set up his own clinic in Kuala Lumpur, alongside two Malaysian physicians. ‘That way Australians will only have to fly eight hours instead of twenty-four!’ he says.

‘For obvious reasons Australia was out of the question, so I started looking for places in Asia, close to Australia, where the command of the English language was universal. Both Malaysia and Singapore would fit the bill as former British colonies, but Singapore was more bureaucratic as I found out and in Malaysia there was virtually no red tape.

‘On top of that Malaysian doctors seem to be more enthusiastic towards integrating the conventional medicine with complementary healing techniques. They all have very impressive credentials and the quality of medical care is absolutely superb.’

What treatments do you offer at your clinic?

‘We currently offer hyperthermia (both local and whole body) vitamin and glutathione infusions, nutritional therapy, plus yoga, meditation and chemotherapy and radiotherapy. I am also hoping to offer immune therapy such as dendritic cells in the near future. I visited eight different clinics while I was in Germany, so I have a broad knowledge of what is available and what I believe works.’

Can you stay there?

‘No, it is an outpatient clinic only, but I can help patients find accommodation since I am familiar with most of the hotels around the clinic.’

*€400 per session of full body hyperthermia, which lasts around five hours (to put this price in perspective, some clinics in Germany charge as much as €1200).

*€125 per session of local hyperthermia which lasts one hour.

What advice would you offer those who are currently despairing at their diagnosis? 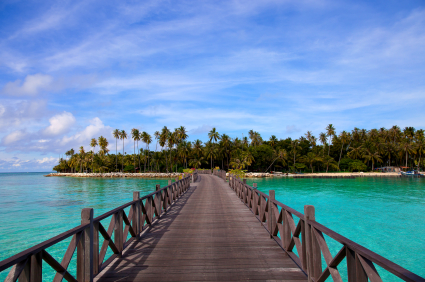 ‘You have to stay strong mentally and physically and you have to stay on top of things – you can’t get complacent. For me, being busy with establishing the clinic has kept my mind occupied and very positive. Even though I still have cancer I believe that my mission of helping people will keep me alive and ultimately I will find a way not to just shrink my tumours, but get rid of them altogether.’

For more information go to: www.integrativecancerhealing.com

Note: While hyperthermia is far from being widely available in Australia, the wheels are in motion. In 2012 an ‘oncothermia’ clinic was opened at The Prince of Wales Hospital in Sydney, and in Melbourne The National Institute of Integrative Medicine (NIIM) is currently studying the effects of hyperthermia, when used in conjunction with chemotherapy and radiation.

14 Responses to Hyperthermia in Malaysia