‘A physician without knowledge of astrology will not rightly be able to call himself a physician.’ Hippocrates, the father of modern medicine

You only need look at the thousands of magazines and newspapers carrying horoscope columns to know astrology holds many of us in its thrall. One recent survey found that 30-40 per cent of Americans ‘believe in astrology and think their lives are governed by the stars.’

And while some might dismiss the ancient science as ‘superstitious nonsense’ there’s evidence that astrology is making a comeback: it is once again being taught at universities – in England, France, Russia, Germany, United States – the first time since the Renaissance.

But what does astrology have to do with disease? ‘Astrology can pinpoint the underlying problems that need to be addressed,’ says Jane Ridder-Patrick, a world-renowned medical astrologer. While there’s an assumption that astrology is depressingly fatalistic, nothing could be further from the truth:

‘There are four main factors that influence our lives and our health,’ says Ridder-Patrick. ‘Genetic makeup, the physical and emotional environment and our astrological makeup. We all have disease potential in our charts, and prevention is a matter of living as fully, authentically and healthily as possible.’

Every astrological sign has a wide spectrum of possibilities, according to Ridder-Patrick. Those born under the sign of Pisces, for instance, have the potential to play the role of martyr (putting others first) but they also have the capacity to become great healers.  ‘Difficult aspects, lived well, are like the grit in the oyster, producing the pearl,’ explains Ridder-Patrick.

So what does a medical astrology session involve? ‘Firstly, I ask the client to give me a detailed medical history, along with the date, time and place they were born,’ says Ridder-Patrick. ‘ I thendraw up their chart and I look at what was going on astrologically – and emotionally – prior to their diagnosis.’ According to Ridder-Patrick one of the main causes of cancer – aside from a toxic lifestyle – is unresolved emotional conflict:

‘ I usually look for a trigger 18 months to two years before the symptoms appeared,’ she says. ‘One of my tasks, when working with cancer patients, is to identify the malignancy in their lives and help them eliminate it.’

A medical astrologer might also help you identify the optimum time for surgery or point out strengths and weaknesses of each of your planetary positions: for instance a strong line up in Pisces can be linked with allergies while Cancerians might find hot baths draining.

‘Fixed signs – Taurus, Leo, Scorpio, and Aquarius – have a tendency to ‘hold-onto stuff’ both emotionally and physically, which can create an environment that fosters malignancy,’ says Ridder-Patrick: ‘ So they might have a tendency to brood and hold onto past hurts. On the other hand, these signs are also good at ‘holding on’ in tough times and sticking with things.’

Difficulty expressing emotions is often highlighted in the ‘cancer personality‘. And you can see it in the stars: ‘ A prominent Saturn in a client’s chart might indicate a fear about expressing their needs, or revealing who they really are,’ says Ridder-Patrick.

The place in the body where the cancer is found, might also give clues to the underlying causes of the disease: ‘The ovaries, instance, are about children, creativity, home. So if someone has ovarian cancer, there might be an issue around not being able to express their creativity or to nurture and care,’ says Ridder-Patrick. 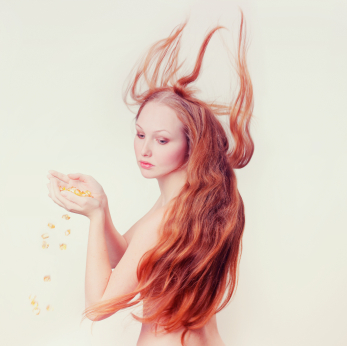 Interestingly Mum’s cancer occurred precisely when her children started leaving the nest. ‘ If I was working with your Mum I might be helping her find a new outlet for her creativity energy,’ says Ridder-Patrick.

A medical astrologer might also look at where Venus is placed in a client’s chart: ‘Venus is what gives us pleasure, so if Venus isn’t satisfied then we are unhappy – and discontentment is the breeding ground for disease,’ says Ridder-Patrick.

When Venus is in Gemini (the case with Mum) it indicates that you crave fun, change, communication, mental stimulation and spiritual work. Prior to getting cancer Mum had felt her life was lacking joy and meaning. Understanding that her spirit was craving a shift – more travel, more learning, more fun – was helpful and affirming for Mum. ‘Every single chart factor gives us a wide spectrum of possibilities. So it’s not what happens to us that’s important but rather how we respond to it,’ says Ridder-Patrick.

As I was about to post this blog, Mum emailed me a link to a website which tells you which angels and archangels are linked to your specific zodiac sign. For those who are angelically inclined, here it is: bodysoulmind.net/spirit/angels-of-the-zodiac