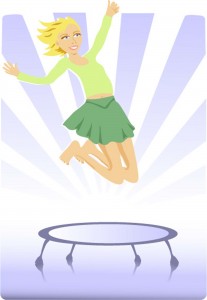 I recently had the pleasure of speaking with Marcus Freudenmann, producer of the hit film CANCER is Curable NOW.

Freudenmann and his wife Sabrina, a naturopathic doctor, traveled the world with their four children for almost three years interviewing the world’s leading cancer experts.

Their aim was to create a film that would ‘wake-up the world’ to natural cancer treatments.

The eye-opening documentary has sold over 50,000 copies since its release in 2011 and Freudenmann has been inundated with messages from doctors around the globe, who want to know more about his research and be involved in his work.

I recommend the film to anyone with cancer. It provides an instant hit of hope and in 90 minutes you are clued-up on a host of groundbreaking therapies, available right now.

But the movie is only the tip of the iceberg in terms of Marcus’ wealth of knowledge – as anyone who reads his regular newsletter knows.

Whether you’re talking ozone therapy and hyperthermia or emotional healing and toxic relationships Marcus knows his stuff. He’s also full of great practical advice for cancer patients; and he is a big fan of rebounding:

For the last few months Mum has been spending about 10-20 minutes – every other day – jumping on a mini trampoline. So what are the benefits? I asked Marcus… 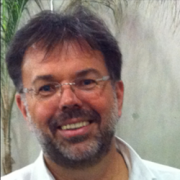 ‘It’s the best thing you can do,’ he says. ‘Jumping activates your lymph system, which is so important for flushing toxins out of the body.’

‘Increasing lymph circulation also gets white blood cells moving – which are critical for cleaning out your system and also killing cancer cells.’

Unlike the circulatory system, which is pumped by the heart, it takes physical movement to get the lymph system going.

‘For a lot of people the lymph system is completely stagnant,’ says Marcus,  ‘It doesn’t move because it’s only transported by muscle movement and by gravity.’

‘So rebounding is really helpful, especially for those with breast cancer because it stimulates lymphatic drainage around the breast tissue,’ says Freudenmann.

Rebounding is also one of the best exercises to oxygenate the blood – something so vital for those recovering from cancer.

Mum supercharges her work-out by putting an oxygen mask on while she jogs on the tramp.

So what does Marcus think of this combination?

‘Perfect,’ he says. ‘Oxygen should never be used in a stand still position like sitting on the couch, that can actually be detrimental. You should only breathe in oxygen [from a machine] while you do exercise.’

‘So rebounding plus oxygen is a great combination, rebounding also strengthens your bones, helps detoxify the body and makes you happy!’ 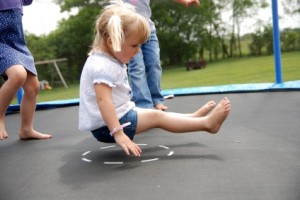 He’s not wrong. Bouncing on a trampoline makes you feel about five years old again.

It takes you back to a time of simple pleasures, when you became lost in the moment – trying to double bounce a friend, or imagining you were an olympic gymnast (Incidentally Dr. Harry Sneider helped raise the profile of rebounding in 1984 when he added it to the US olympic athletes regime).

As a kid, when it got too hot outside we used to put a sprinkler underneath the tramp for an added thrill. It made it like a slippery, tramp/slide and provided HOURS of entertainment.

But who knew it was so beneficial?

According to a recent piece by the Underground Health Reporter, rebounding can: fend off aging, re-energize your whole body, and may even prevent cancer.

Ty Bollinger, author of Cancer – Step Outside the Box, is similarly enthusiastic about this simple exercise. He says: ‘All of the body’s cells become stronger in response to the increased ‘G forces’ during rebounding,’

While jogging on hard surfaces can put stress on your ankles and knees, jumping on a trampoline strengthens your joints without the risk of damaging them.

It also provides a great way to spy on your neighbours, according to Fi Cotter-Craig author of The Middle Class ABC: A Loo Book. 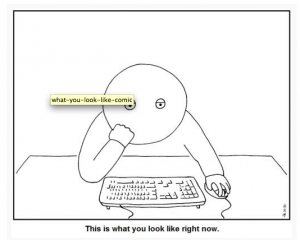 You don’t need gym gear to get jumping (although the more bosomly might prefer a sports bra) or, indeed good weather.

In England, winter is quickly closing in and I’ve found trampolining is a an easy way to get a quick exercise fix. When my eyes start to swim in the face of a half-written feature and my mind turns to mush I know it’s time to get outside and give my lymph system a boost.

Recently my boyfriend caught me on camera, having a quick tramp break.

At first I demanded the footage be deleted, and then I thought it might make an amusing blog addition. So in the spirit of sharing, click on this link: The lady is a tramp

To watch how the professionals do it, click here

CANCER is curable NOW is now on tour in Australia!  Marcus and his wife Sabrina will be presenting their cutting edge research to audience in Perth on Sunday November 4th and on the Sunshine Coast Sunday 28th October. Click here for more details.