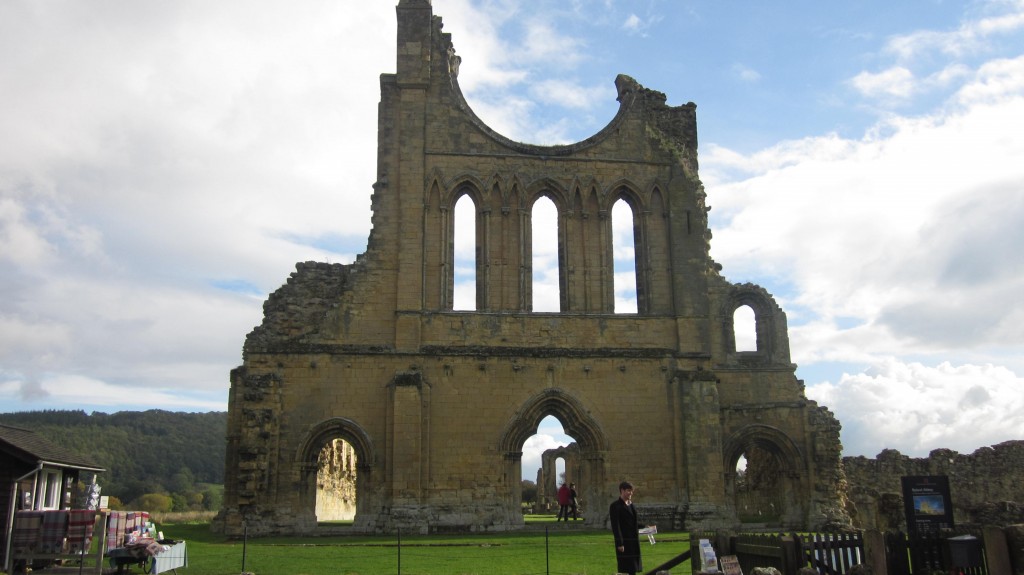 Last weekend my boyfriend whisked me away to Yorkshire.  We slept at a country inn, directly opposite what was once one of the greatest monasteries in England, Byland Abbey.

The ruins of this 12th century abbey are a sight to behold.

A fragment of the central tower still stands, providing a dramatic backdrop for the ever-changing Yorkshire skies; the gothic peaks reach for the clouds, like the tops of dribble castles waiting for the next wave to dissolve them.

The monastery itself was laid to ruin in the sixteenth century when King Henry VIII cut ties with the Roman church; dissolved the monasteries and sold off the church property.

The abbey’s lead roof was first to go, followed by the limestone walls: locals pillaged the stone to pimp their own cottages.

When you step inside the gothic ruins you immediately feel calm. Maybe it’s because it’s a holy site, steeped in history; maybe it’s something more.

‘Dowsing shows that many ancient buildings, such as churches and temples, were built on positively-charged zones,’ writes Dr Keith Scott Mumby in Cancer Research Secrets.

Could this apply to Byland Abbey?

Short of a dowsing rod – or any knowledge or experience on the matter – I wouldn’t have the faintest clue.

What I did know was that kicking off my shoes and planting my feet in the soil was going to be good for me.

Walking around the ruins barefoot led to stares from wellie-shod tourists, but I stood my ground, and ordered my boyfriend to do the same.

‘Ergh! It’s cold and squidgy,’ he moaned  ‘It’ll help your hangover,’ I retorted, squelching happily in the October sun, as my boyfriend looked like he might be sick.

Our earth is alive with powerful healing electrons, which help balance our body and keep us healthy:

‘It’s thought that the influx of free electrons from the Earth’s surface will help to neutralize free radicals and reduce both acute and chronic inflammation, which is at the root of many health conditions and accelerated aging,’ explains the legendary Dr. Joseph Mercola author of mercola.com.

For Marcus Freudenmann, producer of Cancer is Curable Now, connecting to the earth not only offsets free radical damage but also activates red blood cells:

‘Red blood cells – if they don’t have enough negative ions – they start to clot,’ he told me recently.

Mum was the first to alert me to the importance of connecting with the earth:

‘The American Indians believe that when we began building footpaths, roads and driving everywhere in cars, we lost not only our connection with the earth but we lost our ability to heal ourselves,’ she told me the other day.

Rather than regularly plugging into the ground, today we choose to connect ourselves to wireless devices, cordless phones and computers, which have the potential to wreak havoc on our health and cause cancer:

‘Mobiles can give you a tumour, court rules’ screamed The Sun, just last Friday.

Is earthing the answer?

Recent published studies, in peer-reviewed journals, suggest that it just might be.

One recent report found that ‘… when the human body is grounded it is naturally protected from static electricity and radiated electric fields.’

Further evidence suggests that earthing can:

One 2010 study published in the Journal of Alternative and Complementary Medicine concluded that ‘the body consumption of oxygen increased during grounding and stayed that way for at least 10 minutes after.’

Sleep is one of the biggest areas of ‘grounding’ research.

A recent report in the Journal of Environmental and Public Health states that:

‘…the intensity of the Earth’s potential may be important for setting the biological clocks regulating diurnal body rhythms, such as cortisol secretion.’ 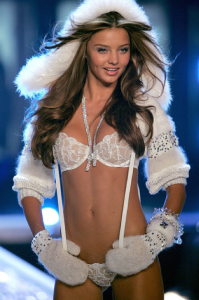 Supermodel Miranda Kerr is a big fan of earthing: ‘ Sleeping grounded gives me sound uninterrupted sleep. I awake feeling refreshed even with all my traveling,’ she said recently.

Just to clarify, Miranda isn’t talking about resting her head on a grassy playing field.

In one recent study, twelve subjects with complaints of sleep dysfunction, pain, and stress were grounded to the earth in such a way.

After eight weeks researchers reported that ‘grounding the human body to earth …improves sleep and reduces pain and stress.’

In another study, 85% of participants reported that they fell asleep quicker, 93% reported sleeping better, and 100% reported feeling more rested when they woke up.

Getting a good night isn’t just good for our general health and vitality, it may help fight against cancer.

Professor David Spiegel from Stanford University has found that when cortisol rhythm is thrown off by troubled sleep, it can make a person more cancer-prone.

In a recent Daily Mail article he said:

‘Although having cancer might be something to lose sleep over, we’d rather help people regain the sleep and lose the cancer.’

Living in cold wet London, it’s not always easy – or appealing – to get grounded.

So I try and get my fill of free electrons whenever I’m back in Perth,  by running barefoot on the beach and wandering around the garden with Mum.

She’s out there everyday barefoot, pottering around as the dogs eat their dinner; picking herbs for her juice; and surveying the work that needs to be done before her youngest child’s 21st and oldest child’s marriage.

Two occasions which Mum is eternally grateful that she’ll be there to celebrate.