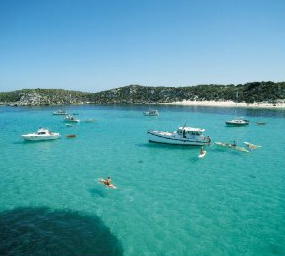 Growing up in Perth, the one thing guaranteed to make Mum see red was getting burnt.

‘You’ll get skin cancer’ she would fume, as we walked in the door guilt-stricken and beetroot-coloured, after spending the day at Rottnest.

But mostly, we acquiesced to her requests to cover up. For a time, my little sister and I even agreed to wear something resembling a rower’s zoot suit or burkini on the beach. The knee-to-neck bathers came courtesy of a crafty family friend and were the ultimate exercise in pre-teen mortification.

Mum of course wasn’t the only one to take the slip, slop, slap mantra seriously. At my primary school, cloth hats (complete with neck flaps) were part of the school uniform and anyone caught in the playground without theirs faced a demerit point; it was also routine to see kids in rash vests on the beach and sun cream was something you just didn’t leave the house without… All of this, in the name of avoiding skin cancer. But now it seems, that advice was way overblown.

‘Most people believe that exposure to sunlight increases their risk of cancer,’ writes integrative oncologist Dr. Thomas Lodi in his booklet How to Prevent Cancer. ‘This is simply not true! In fact, insufficient sun exposure is an important risk factor in the development of many cancers in both Western Europe and North America according to a study published in March of 2002 in the journal, Cancer.’

Staying out of the sun diminishes our levels of vitamin D and we now know that low levels of this essential vitamin are linked to everything from multiple sclerosis and diabetes to obesity AND cancer.

There are now over 800 fully referenced studies demonstrating vitamin D’s effectiveness for cancer prevention (thank you Dr. Mercola) and adequate levels of the sunshine vitamin have been shown to reduce metastasis; increase apoptosis (programmed cell death); and double the survival rates of colorectal cancer patients.

In one study, women with advanced breast cancer, that had spread to their bones, were less likely to die of the disease when they had high amounts of active vitamin D in their blood, according to Scientists at Manchester University .

‘Vitamin D actually causes cancer cells to turn back into the cells they were originally, whether it is breast, colon, pancreas or whichever organ may be affected,’ explains Dr. Lodi.

‘This is why we see the prevalence of cancer so low for populations of people who live on, or near the equator and a steady increase in that prevalence the further north or south one goes.’

You might assume those working outdoors would need to be extra vigilant about sun protection, but more recent research suggests it’s actually office workers who need to worry: ‘When you look at scientific studies you find that skin cancer occurs mostly in people who are never exposed to the sun,’ says Andreas Moritz author of Cancer is Not a Disease – It’s A Survival Mechanism.

‘They are often people who get up in the morning at 7 am to go to the office; work indoors under artificial lighting and who come home at 7pm: they never see the sun.’ 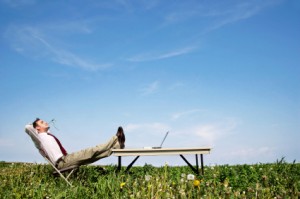 Numerous studies show that those who spend a lot of time outdoors are in fact less likely to develop melanoma than people who work indoors. Moreover those who get burnt because of their infrequent exposure to the sun run a far higher risk of melanoma.

‘ Essentially, this suggests the very opposite of the advice we’re given,’ writes Bryan Hubbard in a special report in the July issue of  What Doctors Don’t Tell You. ‘Regular exposure to the sun has a protective affect against skin cancer – and indeed, against a multitude of other cancers, including those of the breast, colon and prostate – because of the protective effect of high vitamin D levels…’

The fact that skin cancers often occur in places the sun doesn’t see seems to support this theory: Bob Marley, who died of malignant melanoma under his toe-nail, is a case in point.

A 2004 study by the UK medical journal the Lancet found that melanomas occur most commonly on the backs of men and upper legs of women, areas that are not usually exposed to the sun. Well, at least not if you live in the UK.

Since the early 1980s the SunSmart campaign in Australia – which spread the message to cover up and wear sunscreen – claims to have reduced the incidence of sunburn by 50% and to have slowed the rise in skin cancer deaths. But according to Bryan Hubbard this is a statement not supported by the evidence. ‘Even the theory that direct sunlight is the major cause of skin cancer is incorrect, as it may account for just 10 percent of cases,’ writes Hubbard.

Obviously the sun in Australia is a different animal to the sun in the UK. ‘…Children in Queensland are exposed to twice as much sunshine as English children,’ acknowledge Hubbard. And yet skin cancer remains the most common cancer in the UK and the number of melanoma cases has doubled over the last twenty years despite the eternal grey skies.

So How Much Sun is Enough?

‘Over exposure to sun is, of course, to be avoided,’ writes Dr. Lodi. ‘Enjoy one half hour of full exposure to intense natural sunlight (away from the hours of 11–4) on a near-daily basis with no sunscreen (important for vibrational nutrition and essential for mental health, bone density, vitamin D production, etc.).’ 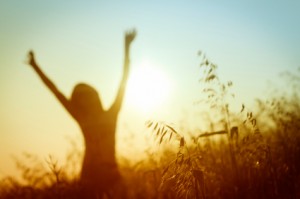 When Mum was diagnosed with cancer, her blood levels of vitamin D were extremely low. She immediately ditched the SPF (more on that soon) and started spending more time in the garden and on the beach. She also started taking 10,000 iu in spray form of D3, following the advice of Dr. Patrick Kingsley.

The recently revised US recommended dietary allowances (RDA) for vitamin D are 600 IU (15μg) daily for age 1–70. According to Dr. Mercola: ‘This dose was recommended to prevent rickets, which works well, but does nothing to give the far more important protection from cancer, heart disease and infections.’

Mercola recommends adults take 5000 iu every day, although he cautions that vitamin D requirements are ‘highly individual’ and encourages people to get their blood levels tested.

According to the Vitamin D council, a non-profit organization: ‘…serum vitamin D levels should be a minimum of 50 ng/mL (125 nmol/L), with optimal levels falling between 50-80 ng/mL (125-200 nmol/L). These values apply to both children and adults.’

The Vitamin D Council was set up by Dr John Cannell, as a way of educating the public about the ‘vitamin D deficiency pandemic.’ The statistics bear out his claims.

Three quarters of US teens and adults are deficient in vitamin D according to a recent piece in the Scientific American and the average level for children in the UK in the winter months is just 52 nmol/L, well below healthy levels.

So what’s the answer?

While many turn to supplements, Andreas Moritz offers a word of caution: ‘ Vitamin D can be very toxic to the liver… if you have too much,’ he says. The good news is, you can’t overdose on sunshine: ‘If you’re in the sun for eight or ten hours – the UVA rays will break down any excess vitamin D.’

Nothing beats the real thing according to many experts. In an interview with Dr. Mercola, Dr. Stephanie Seneff, a senior scientist at MIT, explains why natural sun exposure is so important:

‘When you expose your skin to sunshine, your skin synthesizes vitamin D3 sulfate. This form of vitamin D is water soluble, unlike oral vitamin D3 supplements, which is unsulfated. The water soluble form can travel freely in your blood stream, whereas the unsulfated form needs LDL (the so-called “bad” cholesterol) as a vehicle of transport.’

But if you’re like me and live in the UK, or you’re like Mum and have had cancer, or if you work a twelve hour day in the office, you might still want to consider a supplement.

‘How do you get your vitamin D3 levels into therapeutic range without toxicity becoming a problem?… By utilizing a combination of sun, vitamin D3 rich foods and vitamin D3 supplements in the proper amounts.’

After a recent blood test showed my D levels were 110 nmol/L – below optimum levels – I started taking 3,000 iu of D3 a day, in a spray form. I also make sure I go for a daily walk in the park, which ensures I get my daily dog perve along with the D.

Can you get vitamin D from food?

Shiitake mushrooms, mackerel and eggs are a few foods that contain vitamin D, but it’s worth noting that one egg will only provide 10% of your daily needs. 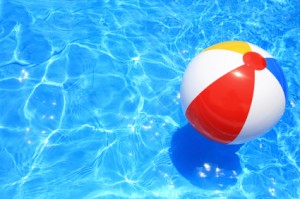 Bottom line? It seems there’s really no substitute for the sun lounger. And with the weather pushing 30 degrees in England this weekend, that’s exactly where I’ll be.