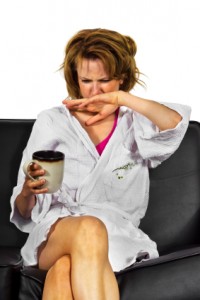 Over the years, Mum has been known to down some pretty grim stuff in the name of health (and beauty).

In the ‘90s there was kombucha, a jellyfish like culture she kept in a pot, which, when it grew, you had to move to a larger pot – now home to a hydrangea.

She drank the juice and occasionally, when the mood would take her, whizz up the gelatinous lump in a blender and put it on her face.

Then there was the kelp phase, followed by a few years of taking mangosteen and Maximol and now the health drinks du jour are wheatgrass and Jule juice – a potent blend of Jiaogulan and other super-nutrients.

Mum has been diligently taking Jule every morning since her diagnosis and I admire her for it. I’ve tried it, and it tastes rank.

But apparently, it is ‘manna from heaven’ compared to the fermented soy drink, Haelan 951:

‘It’s the most pungent, thick… how do I even describe it?’ she exclaimed to me last week, after her case of Haelan bottles arrived. ‘In the end I had to use the Jule juice to mask the flavour.’

A month ago a German doctor highly recommended Mum take Haelan, as it was particularly good for her type of cancer.

And (nose firmly pinched) she’s sticking with it, because the research is astounding, and after taking it for just a few days she’s noticed a real difference in both her energy levels and mood.

‘The fermented soy beverage, Haelan 951, has, over the last 20 years, shown that it will significantly improve a cancer patient’s clinical conditions and quality of life,’ says Don Lofquist a representative at Haelan Products Inc, ‘The product has reversed some Stage IV cancers where other treatments could not.’ 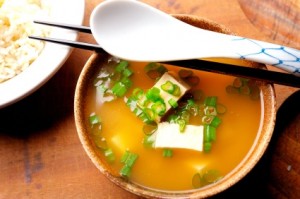 In 1989 Lesley Todesco learned of a fermented soy product from China that had worked wonders for a friend of hers.

After learning more about the benefits of the product, Lesley and her husband Joe decided it needed to be made available in the United States.

The company now sells thousands of bottles a week to people all around the world.

‘Last week I sent a case to Pretoria in South Africa, one to the Philippines and of course one to you in Australia,’ says Lofquist (a Swedish name, meaning leafy branch of a tree, incidentally).

So how does Haelan work?

According to Walter Wainright, PhD, head of the Haelan Research Foundation, the fermented soy product fights cancer through the following mechanisms:

* Anti-angiogenesis: When a cancer cell becomes deprived of its blood flow it secretes an enzyme, which causes new blood vessels to grow around the oxygen deficient cells. This process is called angiogenesis. Haelan helps cut off this sinister blood supply.

* Promotes apoptosis: In other words Haelan helps cancer cells die. In one study Haelan 951 reduced the anti-apoptosis gene expression BC12 on breast cancer cells twice as effectively as chemotherapy (doxorubicin).  It also increased the pro-apoptosis gene expression 500% better than doxorubicin (without the risk of leukemia, heart failure, infertility, vomiting and mouth sores that comes with taking the drug).

* Supercharges Immunity 700%: The fermented soy product has been shown to significantly boost the number of active macrophage – the large white blood cells that digest cellular debris.

* Helps patients suffering from Cachexia: AKA the disease responsible for 73% of all cancer deaths, according Dr Allan Spreen.

* Reduces circulating oestrogen levels:  Haelan has been shown to significantly lower the oestrogens which damage cellular DNA and increase breast, ovarian and other hormone driven cancers. Studies have shown an 81% decrease in the ‘bad oestrogens’ for healthy women consuming this whole soy product.

After undergoing a full hysterectomy you’d think rogue hormones would no longer be an issue for Mum. But not so, according to the revered Dr. Patrick Kingsley:

‘Your Mum will have no progesterone production but she’s capable of producing oestrogen from her kidneys and from any fat on the body,’ he told me when I spoke to him a few months ago.

Haelan and the ‘ugly cancers’

Walter Wainright, a world-leading expert on Haelan, recently declared that ‘Fermented soy is for the ugly cancers.’

This bold, if slightly enigmatic, statement starts to make sense when you sift through the research.

One of the survivors – a construction superintendent in his 60s – was diagnosed with terminal liver cancer.

His doctor was gobsmacked; he did not know of any other survivors of the cancer (cholangiocarcinoma).

There are also reports of long-term pancreatic cancer survivors who credit Haelan for their success. In the paper Fermented Soy Research Mechanisms of Action, Walter Wainright states:

‘Conceivably, advanced liver and pancreatic cancer patients, who typically have no chance of survival using chemotherapy by itself, may increase their lifespan, improve the quality of their lives and possibly become cancer free by using Haelan along with their chemotherapy treatments.’

‘Haelan is especially effective in treating liver cancer because it improves liver function, knocks out carcinogens in the liver, and supports regeneration of liver cells.’

Wainright’s research has received recognition by the National Cancer Institute and he is currently collaborating with the Institute for molecular oncology in Recklinghausen, Germany.

What else is Haelan good for?

According to a combination of patient testimonials, expert comments and studies Haelan can help with eczema, parasites, hepatitis, cirrhosis and wound healing. 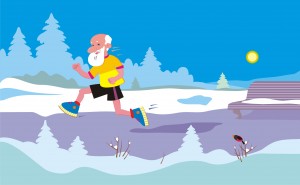 It also apparently gave one 74 year-old man the strength and endurance to break a world record to run 105 miles in 48 hours. (Cancer Disarmed: Healing  Benefits of a Natural Asian Formula by Nina Anderson)

Usually, when a friend asks me what I think about soy products, they wish they hadn’t.

I launch into a tirade about how it can cause birth defects, breast cancer and infertility, along with thyroid dysfunction and heart-disease.

If my friend’s eyes aren’t already glazing over I’ll then explain that the soy in processed food has usually been cooked in a petroleum-based hexane solvent, bleached and ‘deodorized’ (to remove the solvent and soy’s ghastly smell).

That’s before I even get started on the whole Monsanto-Genetically-Modified-impending-Armageddon issue.

So that’s my spiel, but it’s really only half the story.

Because there is a BIG difference between the processed soy ( as in soy milk) and fermented soy.

For centuries the Chinese and Japanese have produced their soy products – like tempeh, natto, miso and Haelan– through natural fermentation processes.

These FERMENTED soy products can lower cholesterol, alkalinize the blood and as you’ve seen from the research can be powerfully anti-carcinogenic.

They can also taste terrible.

The product information for Haelan 951 acknowledges that ‘sometimes taste is a problem for some consumers’ and recommends adding ten drops of stevia per 4oz dose.

The instructions also mention that Haelan can be immediately assimilated into the bloodstream via an enema – something Mum thinks might be a more appealing option.

It’s a serious investment but then, cancer is no trifling condition. And, as Wainright pointed out in a recent interview, the chemo drug Avastin costs $100,000 — and perhaps extends life for two to six months, with extreme side effects. 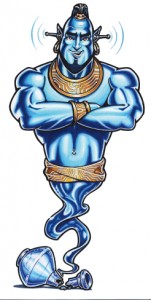 Cancer is not a one-size-fits all disease, and Haelan 951 won’t necessarily work for everyone. But if you haven’t responded to – or aren’t interested in – conventional treatment, Haelan might just be your (slightly musty) genie in a bottle.

For more information go to: www.haelan951.com/

For more information on how to use Haelan consultations are available via http://www.thrivinghealthandwellness.com