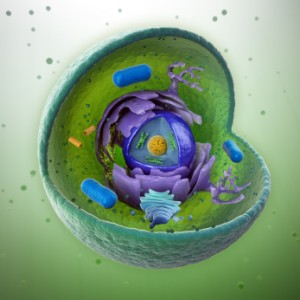 Barbara had already ordered the supplement for her son – who is battling brain cancer – and she was on her way to a German clinic which offered the protocol (along with hyperthermia, ozone therapy, homeopathy and other immune boosting therapies).

Mum met Barbara about a year ago while having intravenous vitamin C. They started chatting and soon realized they shared a passion for all things alternative.

These days they regularly swap tips over vitamin injections, discussing everything from juicers and supplements to the ins and outs of coffee enemas and the most effective Rife frequencies – if there was a Bletchley park equivalent for deciphering rife codes, Barbara would be it.

Barbara is doing everything in her power to ensure her son has the best chance of survival. She spends hours a week researching the latest treatments and supplements and often speaks to international experts to suss out the finer details of various therapies (Incidentally she recently came across research suggesting that when you add vitamin B to vitamin C injections it diminishes the anti-cancer effects).

So when Barbara gets excited about something, so do we. This was the first I had heard of Poly-MVA but the research is compelling.

Independent laboratory tests, from 2007, reveal that the potent formula gets to work on cancer cells within hours.

After just two days of exposure to Poly-MVA the rates of cancer cell death in the following cell-lines are as follows:

You need only look at the testimonials to see that Poly-MVA is a fast-moving cancer scavenger.

Carol Black was diagnosed with ovarian cancer in February 2001. A CA-125 test (a blood marker for ovarian cancer) showed 70. The normal range is between 0 to 21. A few weeks later her levels had reached ‘several hundred’.

Carol began taking Poly-MVA two weeks before she underwent surgery to remove a ‘ten pound mass.’ One month later, in April 2001, her CA-125 had fallen to 17. One year later? It had dropped to 4.

‘Carol’s success has been due to a combination of factors including a good basic dietary approach, quality products including the Poly-MVA, consistency of purpose, good visualization and imaging and a strong conviction that she can heal and survive. She looks better than she has in years and has shed nearly 40 pounds of excess weight.’ Taken from www.polymvasurvivors.com

The potent formula is created by binding alpha-lipoic with the element palladium – and adding a special blend of minerals, vitamins and amino acids – such as molybdenum, rhodium, thiamine, cyanocobalamin and acetyl cysteine.

Interestingly, palladium shares many chemical properties to platinum (commonly used in chemotherapy) but does not produce the same toxic effects.

The formula is the brainchild of Dr. Merrill Garnett, a New York based biochemist and cancer researcher.

Unlike normal cells – which are richly oxygenated – cancer cells meet their energy needs through breaking down glucose in the absence of oxygen.

As I understand it, Poly-MVA decreases the production of HIF-1, a molecule implicated in anaerobic respiration (this oxygen-free way of living which cancer cells depend upon).

But more than that, Poly-MVA also works to provide more energy to healthy cells. It does this by kindly donating electrons to the mitochondria – the energy factories of the cell.

Numerous studies on Poly-MVA (lab, animal and human) have been conducted over the last decade revealing both its energy boosting and anti-cancer effects.

Some of the most impressive results come from a study of dogs suffering from osteosarcoma (the disease progression in dogs is apparently identical to that of humans). According to the study the PdLA support (the active ingredient in Poly-MVA) improved the animals median survival time by 62% compared to surgery alone.

I like to think of five old dogs being given a new lease of life. Lab reports rarely focus on elusive factors such as ‘improved energy,’ but without it there can be no ‘enthusiasm’ ‘spirit’ or ‘passion’ and these are all such vital qualities for cancer recovery.

Dr. Lawrence LeShan regarded as the pioneer of psychological support for cancer noticed that the majority of his patients had lost their ‘joie de vivre.’ He subsequently developed a new form of therapy – based on over forty years of clinical research – focused on helping a person rediscover their zest for life. 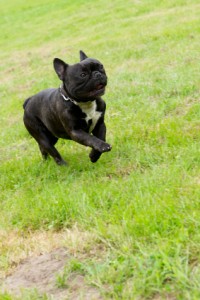 For dogs, simply having the energy to chase after a ball is enough to spell bliss. If only we humans were so simple.