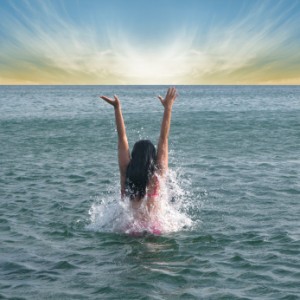 ‘ Did you know swimming in the ocean is one of the best ways to get more magnesium?’ said Mum, before ducking under a wave.

Mum shared this little gem when we were down at Cottesloe beach a few months ago. Prior to getting cancer, she wasn’t much of a surfer-chick. But these days, her bikinis barely have time to dry before she’s tugging them off the line.

An excursion, once fraught with anxiety and full of preparation, is now a grab-the-keys-and-go, affair. No sunscreen (got to let the vitamin D in), no makeup, no cares.

While a swim in the sea is a great way to boost magnesium levels, a quick dip might still leave you short-changed of this vital mineral. And that would be a great shame. For it seems magnesium might be the most important mineral for cancer patients – and non-cancer patients – alike.

‘If you don’t have magnesium you can’t create energy,’ explains Kathryn Alexander, world-renowned expert in detoxification and author of Dietary Healing the Complete Detox program.  ‘Magnesium is very important in the production of ATP.’

According to Dr. Norm Shealy: ‘ Virtually every known disease is associated with magnesium deficiency, including asthma, hypertension, cancer, diabetes, migraine, allergies… and depression.’ (Taken from the paper ‘Transdermal Absorption of Magnesium’ published in the Southern Medical Journal.)

This nutrition all-star can also:

And that’s before we even get to the anti-cancer part.

One Swedish study found that women with the highest magnesium intake had a 40% lower risk of developing colon cancer.

Inadequate magnesium is also a risk factor for leukemia, according to research from Poland (Aleksandrowicz et al)

But the most convincing evidence comes from a recent survey of patients admitted to a tertiary cancer centre. The study revealed that 46% of patients submitted to the intensive care unit were deficient in magnesium.

So why is magnesium so important for cancer patients? We now know that optimum magnesium levels can:

Interestingly, when we’re stressed our magnesium levels nosedive. So when you’re going through a rough patch – or burning the candle at both ends – it’s essential to replenish your body with this vital mineral.

Drinking coffee, carbonated drinks and alcohol also drives down magnesium, along with eating too much sugar, packaged foods or taking certain synthetic estrogens.

Fertilizers significantly decrease the amount of magnesium in the soil, so it’s worth making the switch to organic – especially if you’re dealing with cancer. 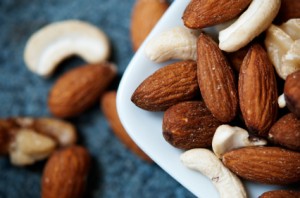 Sea vegetables, nuts (particularly almonds and cashews), tahini, chocolate and celtic sea salt are all rich sources of magnesium. But even if you’re a fan of these foods, you still might not be getting enough. Unfortunately, oral magnesium is poorly absorbed, so taking a supplement won’t help much either.

So what’s the alternative?

‘ If its an emergency situation you’re going to want to put it into an IV drip, you can take it orally, you can nebulize it…’ suggests Dr. Mark Sircus, author of Transdermal Magnesium Therapy.  ‘ You can put it directly on your skin… when you’re very deficient and you’re treating something like cancer…it’s good to get the whole body, the more you put on the body, the longer you leave it on the body – the more that’s going to be absorbed.’

Magnesium oil or gel (in the form of magnesium chloride) can be applied to the skin and is absorbed immediately into the cells. Every day Mum rubs magnesium gel into the small of her back to give her adrenals a boost.

She also regularly takes a magnesium bath – usually after an infrared sauna session.  It’s like a double-detox, with a beauty bonus too…

You see magnesium stimulates the production of DHEA, a hormone known for its anti-ageing properties. But that’s not all. According to Dr. Susan Lark, magnesium is also critical for getting rid of cellulite.

* Here are a few places where you can purchase magnesium oil, gel and bath flakes: