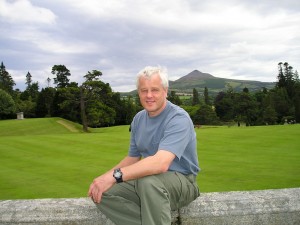 Connecting with others who have taken the road less traveled and come out the other side can be just as important as any dietary change or treatment plan, according to Mum.

We’ve received a steady stream of emails from other natural cancer survivors since starting this blog, and many have been generous enough to allow me to share their story on this site.

A few weeks ago Nicola, from the UK, shared her story of beating breast cancer naturally and Jane – a six year bladder cancer survivor – recently talked about the benefits of Essiac tea and the importance of embracing change.

It’s my great pleasure this week to share with you Vincent Crewe’s story. Despite pressure to have chemotherapy five years ago, Vincent opted for a host of non-toxic treatments instead. As you can see from the picture, he is now in rude health. Here is his story, in his own words:

‘In January 2007 and at the age of 57, I was diagnosed with colon cancer which had spread to the liver.  As a non-drinker, non-smoking fella who had exercised most of his life, this was a bit of a shock to put it mildly.

However, I am a person that gets stressed quite a bit and had recently experienced a very tragic bereavement, which I think was the tipping point for my immune system.

Although avoiding surgery was not an option (the colon was almost completely blocked) I knew enough about chemotherapy to avoid it completely. Although the oncologist tried his best to persuade me to have it, I refused flatly.

When I told him about the alternative treatments that I would be using instead, all of which were non-toxic, he remarked arrogantly that none of these had any proven benefits.  I did point out that neither has chemotherapy, which  did not go down too well and I could see there was no point in discussing this with him any further and so I took my leave. I have not been back to a hospital since that time.

I knew what I had to do, which was to address the toxicity, deficiency and stress which all seem to be a factor in cancer. I bought a book by Dr Sherry Rogers entitled Detoxify or Die and that book became my bible.

From it I learned why we get so toxic in our modern world and how these toxins lead to serious and degenerative illness. The book also explains how to go about getting the toxins out of the body. I used a variety of supplements and the famous coffee enemas, which is the best thing I ever did.

From my research I knew that cancer cannot survive in an oxygen rich environment and one which is alkaline. So my next step was to make my body as inhospitable as possible for the cancer cells.

I started out gently at first using Flor Essence which is an herbal tea and has anti-cancer properties.

Once the cancer cells started dying off, I would need all the elimination channels working as effectively as possible, otherwise the liver gets overloaded.

I invested in an ozone generator from Ozone Guru Dr Saul Pressman in Canada and self-administered Ozone therapy. Having read about the benefits of Infrared sauna treatment, for not only detoxing but also stressing cancer cells to destruction, I invested in a small one person unit.

I also combined the two therapies by heating up my body to a high level with the sauna and then funnelling Ozone, whilst still in the sauna (pores wide open) to the site of the removed tumour. 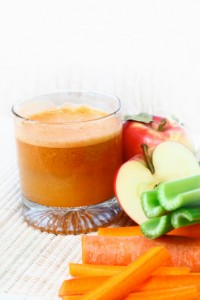 I juiced organic carrots, celery and a green apple every morning to which I added ground bitter apricot kernels.

I also followed the complete B17 Protocol which includes pancreatic enzymes, Zinc and several other supplements. There is lots of information about B17 on both Philip Day’s Credence site www.credence.org and also www.anticancerinfo.co.uk

Every afternoon I made fresh fruit smoothies and tried to include pineapple and Papaya, because they contain some very potent anti-cancer enzymes, Papain and Bromelain. I also included some of the Brazilian super fruits Acai and Acerola which I bought frozen from a juice bar supplier (you cannot buy these fresh) I cut out red meat and ate chicken and fish for protein.

I supplemented with high doses of Vitamin C, Vitamin A, COq10, Glutathione, Alpha lipoic, Selenium, Zinc, Magnesium, and several more. I got back into exercise as soon as I could because that brings so many benefits both physically and mentally.  That was 5 years ago and looking back, the whole journey has been a blessing.

It is so important to take control and responsibility for your own health and educate yourself about the options available. Do not be bullied into going down the conventional route without checking out other options first and don’t make the mistake of thinking that doctor’s know everything about health matters, they don’t!!’