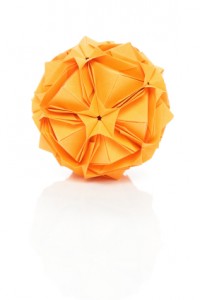 ‘Holistic unit will ‘tarnish’ university’s reputation’ the headline read. As I read on, my blood started to boil. When I got to the quote from the ‘professor of alternative medicine’, I nearly choked on my tahini toast. By the end of the article my stomach was making origami; I had indigestion and I was angry.

Aberdeen University is considering setting up a chair funded by a clinic that uses mistletoe to treat cancer patients.

The news has triggered a ‘furious reaction from mainstream scientists’ according to Sunday’s piece in The Observer.

‘How dare students carry out studies into a non-toxic cancer treatment!’ the researchers must be railing.

‘ Don’t they realize the ONLY way to treat cancer patients is to put them through the excruciating – and humiliating – horrors of poisoning, cutting and burning!’ they’re surely saying, shaking their heads in puzzlement.

According to reports, the Raphael Medical Centre – an anthroposophical clinic – would provide £1.5 million to fund the chair for five years; the other £1.5 million would come from the German company Software AG.

So if the proposed research centre isn’t taking away government grants, why is the scientific community so up in arms?

For those who profit from the holy trinity of chemotherapy, radiation and surgery – the research centre represents a direct threat to their bottom line.

What would happen if the students discovered there was a way to heal patients, without poisoning them? What if the students found that anthroposophicalmedicine actually works?

You don’t have to look far to find evidence that it does. The AnthroMed Library has over 600 articles, documents and research papers on the subject.

Anthroposophy is based on the principle of treating the body, mind and soul of the patient and includes therapies such as mistletoe and homeopathy.

I’ve written about both treatments in the past, but for new subscribers, here is a little re-cap:

Mistletoe is the most commonly used oncological drug in Germany.

8 MIILLION cancer patients have benefited from Mistletoe – in conjunction with conventional therapies – over the past few decades, according to one report from the Mapapo Institute (German – Argentine Institute for Oncologic and Immunologic Investigations).

Iscador, a specific extract of mistletoe, has been used in controlled pilot studies in the Berlin University, Witten/Herdecke, Germany and the University of California, USA, for breast, colon, prostate, brain, intestine, ovary, stomach and lung cancer.

A major 30-year-long study with more than 35,000 participants reported that mistletoe extract greatly improved survival rate for a wide variety of cancers, including breast cancer. Study participants who used Iscador in conjunction with conventional treatment survived 40% longer than those who didn’t use the plant therapy.

Not only can mistletoe improve survival time in a wide range of cancers, but it has also been shown to help patients tolerate conventional cancer treatments and improves cancer related fatigue.

And what about homeopathy?

A few weeks ago I had the pleasure of blogging about a German man who beat pancreatic cancer thanks to homeopathy.

Emil Brehm was diagnosed in 2004- the same year Steve Jobs discovered he had the deadly disease – and today, more than seven years later he is still very much alive.

You can read his miraculous story here.

But that’s just anecdotal evidence! I can hear you scolding.

Well, what’s wrong with an anecdote, if it’s true? I’d have to argue.

Nevertheless, there are plenty of peer-reviewed studies on homeopathy and cancer if you care to take a look.

One study, published in the February 2010 issue of the International Journal of Oncology found that homeopathy works as well as an expensive breast cancer drug.

Researchers from the USA and India, found the cancer killing effects of the remedies Carcinosin 30C and Phtytolacca decandra 200C showed similar activity to Taxol the most commonly used chemotherapeutic drug for breast cancer… but without the nasty side effects of course.

Patients with brain cancer have also been cured thanks to homeopathy alone.

252 patients with brain tumours were treated at the Prasanta Banerji Homeopathic Research Foundation – between 1996 and 2001.

The 91 patients who were treated exclusively with the remedies Ruta and Calc Phos had an average survival time of 92 months whereas 11 patients who had been treated conventionally, and used homeopathy only as a supplement, survived for 20 months. 7% of the homeopathy only patients had a complete cure. (What Doctors Don’t Tell You, March 2012).

And yet according to the so-called ‘professor of alternative medicine’ quoted in the Observer, anthroposophical medicine doesn’t work:

‘Anthroposophical medicine has no basis in science. Its concepts were dreamed up by Steiner and are based on mystical thinking,’ says Edzard Ernst, professor of alternative medicine at Exeter University.

This isn’t the first time Ernst has criticized alternative medicine:

He has been called upon to contribute to the following features:

Chiropractors may be a waste of time Daily Mail 30.3.06

So how qualified is Professor Ernst to cast ‘expert’ judgements on alternative medicine?

Not at all apparently.

‘I never completed any courses,’ was his response, when quizzed about his credentials recently.

Is this some kind of joke? I mean, you couldn’t make it up.

Yesterday I had the pleasure of speaking to Phillip Day founder of The Campaign for Truth in Medicineand authorof Cancer: Why We’re Still Dying to Know the Truth. This is what he had to say on the matter:

‘Professor Edzard Ernst is a false-flag defender of complementary medicine. Asking him to comment on complementary medicine is like telling the wolf that someone’s been in the hen house. If you want people to hate policemen, you dress up somebody as a policeman and get them to go around bashing old ladies over the head.’ 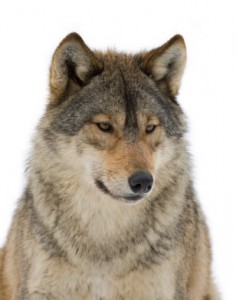 You might chuckle – but really, there’s nothing funny about suppressing and skewing information that might help cancer patients; especially those for whom conventional medicine has failed.

No punch line this time I’m afraid. A punching bag would be great though.

One Response to Mistletoe Makes Headlines