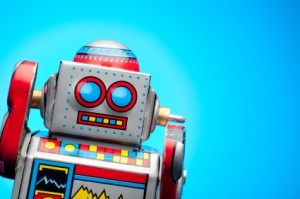 Imagine if there was a computer that could detect all your imbalances; a machine that could not only scan your body for nutritional deficiencies and toxins, but could also pick up parasites, viruses and bacteria that were wreaking havoc on your health.

What if there was a device that could cut through hours of therapy and tell you –via a colourful graph – the underlying emotions ruling your life and ruining your immune system?

If you think it sounds like the stuff of science fiction, you’re not alone.

A few months ago I received an email from an Australian man who told me he was treating his tumour with something called a SCIO machine. ‘Interesting…’ I thought – and then forgot all about it.

That was until a few weeks ago, when a woman in Mum’s astrology class, Tamara Gries, turned up with a strange looking contraption.

Mum was blown away by the information the machine picked up and, being the intrepid health explorer she is, Mum booked in a for a SCIO session with Tamara.

After getting hooked up to the machine – by attaching wrist and ankle straps and a cyber-headband – Mum watched as various areas of her body lit up the screen.

‘If something comes up, it means there’s an energy disturbance in that area,’ said Tamara, a Perth based holistic practitioner.

‘No surprises there,’ Mum said. ‘I had thirteen lymph nodes taken out when I had the hysterectomy.’

What was surprising was the measles vaccine ‘tag’ that appeared: a vaccination Mum had been given over 20 years ago.

So what does the patient do with all this information?

‘The SCIO sends a biofeedback frequency to stabilize those areas in your body,’ Tamara explained.

During Mum’s session she also discovered her body needed more oxygen; that dairy didn’t agree with her; and that there were still some emotional issues she needed to address.

Feeling a bit fragile myself – a tad anxious, overworked and jet-lagged – I decided to see what the SCIO machine brought up for me.

The good news? I had no parasites, my PH was good and my heart and brain were ticking over nicely.

The bad news? My nervous system was crashing and I was running on empty.

As the SCIO took a reading of each of my organs, it became clear I had my work cut out.

‘The energy level of your liver and pancreas are both 64% – you want them to be up around 80%,’ said Tamara.

My sympathetic and parasympathetic nervous system, were 50% and 31% respectively.

‘When you start to get down to the 30s, you need to do something,’ Tamara said. ‘The 50s you can explain with flying and change of environment, but the 30s …that’s low.’

‘What else?’ I asked, hopefully.

‘That’s my worst mark yet!’ I squealed.

The session was a wake up call for me: it was time to turn and face the mirror.

I’ve spent the last seven months writing about the corrosive effects of unresolved emotional issues; quizzing experts about the link between stress and disease; and constantly telling Mum to chill out.

Yet I have been diligently ignoring my own body’s alarm bells – and starting to identify with too many of the ‘cancer personality’ traits. All the hallmarks – being submissive, anxious and resentful – all cropped up in my take-home emotional read-out ( displayed below). 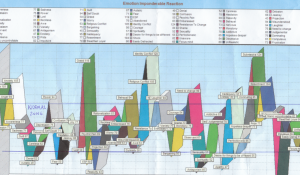 But I was relieved to hear there was room for interpretation on that one.

‘Greed actually means there’s something in your life that you want, that you don’t currently have,’ explained Tamara.

Dr Rashid Buttar, who is ranked among the top 50 doctors in the US, believes it’s vital for all of us to be aware of – and deal with – emotional toxicity and low-level stress, if we want to avoid chronic illness.

When I spoke to Dr Buttar last week, I asked him what tools he uses to help cancer patients mentally detox.

‘We use a couple of energetic medicine techniques that help retrain and reconfigure the brain… we use many different things, including electro-dermal screening,’ said Buttar.

‘Are you talking about the SCIO machine?’ I asked.

One of the most experienced and respected SCIO practitioners in the world, is the UK naturopath, Dr John Kelsey. His previous career as an engineer no doubt put him in good stead to work with the SCIO.

So, how might the machine complement other traditional diagnostic methods?

‘The SCIO picks up on active information anywhere in the clients system. It is like a subconscious questionnaire,’ said Dr Kelsey when I contacted him. ‘The information stored is the energetic signature of items, like an electronic version of homeopathy.’ 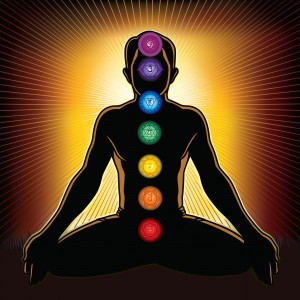 While there’s certainly a place for traditional diagnostic tests, perhaps we need to embrace a broader definition of health screening; one that takes into consideration the mind/body connection.

‘It’s very interesting that we do all these things – we do pap smears, breast exams – but how often do we really deal with the things that impact us in such a deep manner; that keep us awake at night?’ said Dr Buttar.

Not nearly enough, is the answer – if my own lack of awareness is anything to go by.

To find out more about Tamara Gries go to: www.harmonyhealth.net.au

For more on Dr John Kelsey got to: www.thebep.co.uk

6 Responses to The Mind Reading Machine