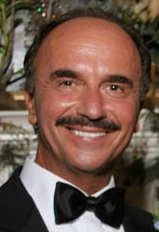 ‘I’ve read that 86% of cancers are caused by mental and emotional stress,’ said Mum.

The woman raised her eyebrows.

‘ The other 14% are caused by outside factors – like toxins, diet, lifestyle… according to Dr Coldwell,’ Mum continued.

‘Well my brother must be the other 14%,’ the woman replied. ‘He’s always been so chilled out.’

It seems almost everyone who has cancer – or knows someone who has – is convinced they’re in the ‘other 14%’.

When Mum tells people the most important thing she’s done since her diagnosis is change her mindset, awkward silence often ensues.

Why do we find it so hard to acknowledge that stress might contribute to cancer? Ancient wisdom and common sense tell us that feelings of hopelessness, anger and betrayal can destroy our immune systems and make us ill and now scientific research is showing this to be true: Stanford University recently conducted a study showing that 95% of all illness is stress related.

And yet, when it comes to cancer, we’re lead to believe that stress is irrelevant, that cancer is mostly genetic and we’re best off leaving the thinking (and treating) to the white coats.

Dr Leonard Coldwell has other ideas: ‘They [the medical profession] want your money and they don’t want you to have time to think about it,’ he says in his bestselling book The Only Answer to Cancer. ‘They operate solely on the fear factor.’

When Dr Coldwell was a young teenager growing up in Germany, he cured his Mum of terminal liver cancer by researching and experimenting with hundreds of natural therapies. Today his mother is alive and thriving – more than thirty five years after she was diagnosed as ‘incurable’. Since that time he has treated over 35,000 cancer patients and boasts a 92.3% success rate. The Berlin Health Institute came to similar conclusion about his work.

Dr C – as he likes to be called – has written a raft of best selling books, developed stress-relief programmes for US firefighters, military and police and has reached over 106 million people through his publications and seminars. So you can imagine my excitement at having the opportunity to speak with him last week. Word of warning: Dr Coldwell doesn’t pull any punches. This is what he had to say…

What do you think is the number one reason for the cancer epidemic we’re seeing today?

Dr C: ‘People need to understand that we are all born with cancer. We have mutated cells…dead cells whatever it might be, and our immune system just gets rid of them – from the very first day we are born.

Now, if this perfect functioning of our immune system stops we need to ask ourselves, ‘what changed?’ The only answer is lack of energy. And the main cause of lack of energy…is stress.

When I say mental and emotional stress I mean living with constant worries, doubts and fears, making compromises against yourself, staying in a relationship that you know is wrong, going to a job that you know is going to kill you. 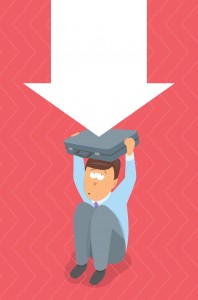 Most deadly heart attacks happen Monday morning between 8-9am when people are getting ready to go to a job they cannot handle anymore: they would rather die, literally, than go one more time to that job.

So if 86% of all illness is stress related, this leaves 14% for diet and exercise, toxemia, acidosis and these kinds of things. There’s only 14% of cancer that is caused by outside forces. The main cause is vaccinations (more on that subject in Part 2 of this interview).’

Dr C: ‘That it helps. Chemotherapy is based on mustard gas… after the Second World War they had so much of it that they had no idea how to get rid of it. So they did the same thing they do with fluoride, they put the toxin into humans.

Dr C: ‘A tumour is often highly toxic on the inside as it accumulates all the toxins in your body so that the poisons cannot spread into the entire body and kill you. That is the reason why biopsies and surgery …. usually leads to a very fast death. When that happens they [the doctors] just call it a fast growing, or fast spreading form of cancernot that they spread the toxins into the patient’s body and that’s what killed the patient.

The main problem in the medical profession – or in the alternative world- is to do symptom treatment. It is like if you have a splinter in your finger and you just push it deeper in. Then you take a pain pill and you don’t feel it. Then it gets infected so you take antibiotics, and then …they cut off your finger and say ‘see, you’re cured.’

You mention in The Only Answer to Cancer that ‘self pity is a destructive force within’ can you talk a little more about that?

Dr C: ‘First of all you get yourself into a state of victimhood, which means you think it’s an outside force that made you sick and there’s nothing you can do about it. That [in turn] refers the power of healing towards some kind of an outside force.

That’s why people also believe there might be a magic bullet or a cure from the medical profession – from the outside.’

Some people think that by simply repeating positive affirmations they can heal themselves. What do you think about that?

Dr C: ‘All these books that tell you, ‘you don’t need to do anything just sit there and recite positive affirmations,’ they sell so easy because all these people don’t want to take responsibility for their own lives. They don’t want to do anything – they just want some magic force to cure them.

They mess themselves up by eating to a point where they weigh 500 pounds, they drink only alcohol, they use all these kind of drugs – prescription and illegal drugs – and then all of a sudden positive thinking should cure them? How in the world does that work! That’s why one of my books has the subtitle, From positive thinking to positive action.’

Can you tell me a bit about how your Instinct Based Medicine System (IBMS™) works?

Dr C: ‘The IBMS™ helps the person to identify the root cause [of their illness] and helps the patient eliminate it.’

The IBMS™ includes three Audio CDs, which feature unique sound frequencies. Can you explain why the music is so important?

You’ve had phenomenal success treating patients with a detoxification program that includes a nutritional diet, daily IBMS™ sessions and sometimes alternative treatments. Which ones worked? 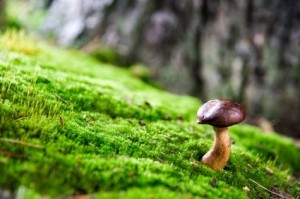 Dr C: ‘If you look at Dr [Tullio] Simoncini – the great oncologist in Rome. He wrote a book called Cancer is a Fungus. He puts baking soda on the cancer and the tumour disappears while you’re watching it. Because all these [cancer] cells are held together by a fungus, and if you take the fungus away by alkalizing it, then the tumour disappears.

But you also have to understand that it will never be one single thing that cures cancer. …If you get vitamin C intravenously, once a day or three times a day your cancerous tumours are gone in twelve days in my experience – all of them. But of course they will come back if you never address the root cause: the bad marriage, the horrible job, the constantly making compromises against yourself, the lack of hope, the lack of love, the lack of self-love. These are the causes of cancer.’

If cancer comes from emotional stress then why do children get cancer?

Dr C: ‘From vaccinations or the stress their mother had during pregnancy. If the mother is very stressed it deprives the body of oxygen; it deprives the foetus of oxygen and the main cause of cancer is lack of oxygen. Otto Warburg and Max Planck both got a Nobel Prize by proving that cancer cannot exist in an alkaline, oxygen rich environment.’

You mention you’ve had your car bombed and you’ve been shot at. What do you do now to protect yourself ?

Dr C: ‘I have death threats – about twenty a day – but I do not have any fear. All my life I lived with the fear that my father is beating my sick mother to death when he was drunk, or the fear that my mother would be dead when I came back from school. All my life -when I came from school- I opened up the bedroom door to see whether my mother was still alive. And one day I made the decision that from now on I will live like this day will be my last.  I will tell all my loved ones what I feel and I will treat anybody like I would meet them the very last time today.

What is really important is that people start taking responsibility, educating themselves. I just saw on your website the Patrick Swayze story… I know tens of thousands of these kinds of stories. I have seen blooming people, healthy and perfect going into hospital – going into chemo, radiation or surgery – and two weeks later they look 25 years older and you don’t even recognise them anymore.

But the world now opens up to new information… the hunger for knowledge…I get 5-8000 emails a day and I’m getting interview requests – five or six a day! I am the keynote speaker at the Health Freedom Expo (March 2-4th in LA) it’s the largest health expo in the world – and that’s another 70,000 people who we’ll touch and educate.’