The Truth about Gardasil 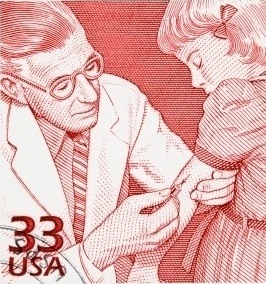 Would you give a healthy teen an STD vaccine containing genetically modified DNA and aluminium? That’s exactly what girls are given when they get the Gardasil shot.

I’m going off-piste this week to talk about the HPV(Human Papillomavirus) vaccine. There is so much misinformation being spread about this ‘miracle for cervical cancer’ but the truth is far more sinister.

Mum feels as passionately as I do about this subject and with the death toll from the vaccine rising we felt it was right to squeeze in a post about its dangers. We’ll be back next week with more on Mum’s Journey. But for now, here is an extended and updated version of a feature I wrote for Nature & Health Magazine.

Chescia Tunley, from Sydney, was 19 when she had her second shot of Gardasil.

‘She left the surgery and almost immediately had a seizure,’ says her father, Stephen Tunley. ‘Over the next few months she had constant seizures, involuntary spasms and tachycardia. For 18 months she could barely function – she couldn’t attend college, couldn’t work, she could barely walk up the stairs. I suspect Gardasil is to blame – but as yet I can’t prove it.’ 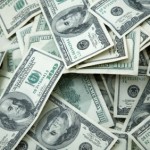 The pharmaceutical company, Merck, has made a cool $5.4 Billion from sales of Gardasil since it was launched in 2006. But evidence is mounting that Gardasil is one of the most risky vaccines in recent history.

It’s estimated that only 1 to 10% of the vaccine injured population report to VAERS, so the true number of Gardasil related fatalities might be ten times higher. And with news last year that the vaccine could be contaminated with genetically modified DNA, Gardasil looks to be even more of a threat to health.

So what poses the bigger risk: Gardasil or cervical cancer?

In Australia cervical cancer is the nineteenth most common cause of cancer mortality in women. Since the introduction of the national Pap smear program in 1991, the incidence of cervical cancer has dropped from around 17 per 100,000 women, to around 7 in 100,000 women today.

So if Pap smears have proven so effective at fighting cervical cancer – is Gardasil really necessary?

‘The benefit of mass HPV vaccination for cervical cancer prevention does not outweigh the risk,’ says Dr Sin Hang Lee, a pathologist at Milford hospital, Connecticut.

In one study comparing Gardasil to the meningococcal vaccination (Menactra), Gardasil was associated with at least 15 times as many stroke reports; twice as many Emergency Room visits and four times more fatalities.

Research from the Victorian Cytology Service (which supports the National HPV Vaccination Program) shows there hasbeen a 38 % decrease in the rates of pre-cancerous cervical lesions in the two years after the HPV vaccination was introduced.

‘Precancerous cell changes, including the (CIN) lesions, are mostly self-reversible,’ says Lee. ‘In fact, the average HPV infection lasts only about six months.’

Gardasil might be marketed as a miracle cure for cervical cancer, but the vaccine only protects against two of the 13 types of HPV that are considered ‘high risk’ for cervical cancer: HPV-16 and HPV-18. These two strains, combined, are responsible for 70% of cervical cancers. But research shows that 90% of HPV infections disappear on their own – with the help of a healthy immune system. 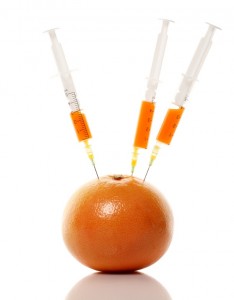 Interestingly, after eighteen months of abnormal pap smears I started to have Vitamin C injections – and my results are now normal.

In Australia, girls aged 12-13 are currently being offered Gardasil for free through the commonwealth-funded school vaccination program.

Kate Broun, from Cancer Council Victoria, explains why this age group is being targeted:  ‘The vaccine works best if it’s given before exposure to HPV – that is, before sexual activity commences.’

However, clinical trials have shown that Gardasil may only provide protection for four years, which means the girls immunity to HPV might have worn off before they even leave school – and inevitably start having sex.

So are older women more likely to benefit from the vaccine?

‘ I recommend that women who want to get the HPV vaccine ask their gynecologists to make sure they are not already infected with HPV 16 or HPV 18,’ cautions Lee.

‘There is some evidence that women who get the vaccine when they are infected with HPV- especially HPV-16 and HPV-18- have an increased risk of developing cervical cancer.’

Research shows that girls already infected with vaccine-relevant HPV, who then submit to Gardasil, have a 44.6% increased risk of developing precancerous lesions.

When the FDA licensed Gardasil in 2006, it had only been studied in 1,184 teenage girls. These girls, all under the age of sixteen, were only followed up for two years.

‘When the vaccine was licensed, there was very little information about the adverse event profile and of course the effectiveness,’ explains Barbara Loe Fisher, president of the National Vaccine Information Centre (NVIC).

By November 2008, in girls 16 or younger, there were reports of 9 deaths, 3 blood clots, 4 cardiac arrests, 9 cases of lupus and 6 strokes after receipt of Gardasil.

There have also been unexpectedly high rates of sudden unconsciousness post Gardasil injection.

Nothing wrong with a bit of fainting you might think. But what happens when the girls drive home after having the injection?

‘ There were nine deaths from car accidents in the pre-licensure trails,’ says Fisher. While Merck maintains that these deaths were a coincidence, Fisher has another view:

‘ I wonder how much of a coincidence it is that girls crash their cars if they’re falling into unconsciousness without warning?’

Fisher questions whether the aluminium in Gardasil may have something to do with it. ‘We’re extremely concerned that we don’t have proper monitoring of this vaccine,’ she says.

It’s no secret that the vast majority of adverse event reports sent to the government are actually submitted by the manufacturer.

The Tunley family sent a report about their daughter to the Australian Drug Reactions Advisory Committee (ADRAC) – but subsequently discovered it was forwarded to Merck for follow up.

‘Having Merck investigate its own vaccine is a bit like being accused of a war crime, and then saying ‘ I’ll just go and investigate whether I committed it or not,’ says Tunley.

‘Even if we had just been told the truth about possible adverse reactions, we would have made other decision, and Chris would be alive today,’ says Emily Tarsell, whose daughter Christina, died aged 21. ‘Chris died from a vaccine she did not even need which was falsely advertised to prevent cervical cancer.’

Thankfully, awareness about Gardasil is growing.

2012 is set to see the release of not one, but two major documentary films looking at the HPV vaccine. One More Girl, a play on Merck’s ‘One Less Girl’ (to get cervical cancer) advertising campaign, is set for release mid 2012 while The Greater Good is already screening at international festivals.

The idea that vaccines are safe is so ingrained in our culture that most of us submit to routine jabs, without a moment’s thought. But we owe it to ourselves, and our family, to make an informed decision.

In the near future, that might include weighing up whether your son needs Gardasil, as the vaccine has also been approved for nine-year-old boys. The Australian government’s expert panel has already recommended it for boys aged 12-13.

Thailand, on the other hand, is choosing to fight HPV related cancer with ‘vinegar and ingenuity’ according to an article in the New York Times. 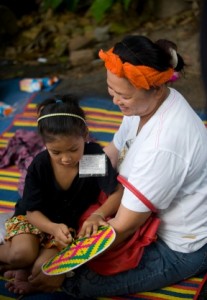 The inexpensive treatment involves brushing vinegar on a woman’s cervix – making the precancerous spots turn white. The spots are then frozen with a metal probe cooled by carbon dioxide. The procedure was developed at the Johns Hopkins Medical School 15 years ago and it has recently been endorsed by WHO.

Thousands of women in Thailand have already undergone the treatment and in 11 years not a single one has gone on to develop full-blown cervical cancer. Simple, safe and effective – sounds good to me.

* Interested in hearing more about Gardasil? Jenny Thompson from the Health Sciences Institute speaks passionately about it in this video: hsionline.com/search_gardasil.htm

14 Responses to The Truth about Gardasil