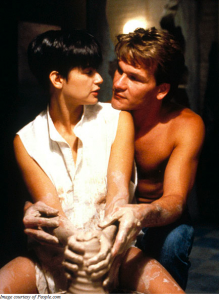 The words ‘pancreatic cancer’ are usually met with a sad shake of the head and a what-can-you-do expression. We all watched in horror as Patrick Swayze swiftly succumbed to the disease; he went from being the man we all wanted to marry to an old man (ravaged by chemo) in a matter of weeks. Steve Jobs waged a brave battle with the disease for years before leaving us last October – many cancer experts were surprised he lived so long.

In 2004 – the same year Steve Jobs was diagnosed with pancreatic cancer – Emil Brehm from Germany also found out he had the deadly disease. While Jobs opted for a liver transplant, Brehm chose homeopathy. Today, more than seven years later, Brehm is still very much alive.

I had the pleasure of speaking with Emil’s daughter, Patrizia Sergeant, last week. Here is the story of her father’s recovery in her own words..

‘In the summer of 2004 my Dad was already showing symptoms: his urine was dark brown, his skin was incredibly itchy and at night he was waking up drenched in sweat. He then developed jaundice and weeks later, in September 2004, he was diagnosed with pancreatic cancer.

The doctors decided to go ahead with something called a Whipple operation. This meant the removal of most of the pancreas together with a third of the stomach, gall bladder and duodenum. After the operation we were told that it was unsuccessful; the tumour had grown around the aorta, which made it too dangerous to remove. We were told that my father’s life expectancy was one year at the most and to enjoy every minute we had with him.

It was hard to imagine that somebody as tough and strong as my dad could die of such a horrible disease. My father had never smoked or drunk too much alcohol, and had eaten a very healthy diet his whole life.

One doctor offered a radical four-week programme of radio/chemotherapy to reduce the tumour, prior to carrying out another operation. I knew in my heart that wasn’t going to help him but I thought ‘I have to accept it’ because it’s his body and his choice.

But another doctor at the hospital in Germany said to us, ‘Careful when you’re being advised to do chemotherapy or radiotherapy because it’s for the statistics,’ he then added, ‘they can reduce the tumour – and that goes down in the statistics as a successful treatment – but how you die in the end? No one talks about that.’ He advised us to look into therapies from eastern countries.

I had heard about a successful homeopathic cancer treatment called the ‘plussing method’ developed by Dr. Ramakrishnan (see below). I finally found a top consultant who is highly regarded in Germany, Dr Uwe Friedrich, who has been practising homeopathy for 30 years.

My Dad respected him and immediately started taking the homeopathic remedies; although he remained convinced that the ‘sugar tablets’ would never cure a tumour like his.

Three months later he was due to go for a CT scan when a TV station contacted him asking if he’d be available for an interview. They were making a programme about the founder of homeopathy – Samuel Hahnemann – and had heard about Dad through his doctor.

When the film crew came to interview Dad he was in the middle of doing a loft conversion! He thought he was going to die and he wanted to complete everything that he hadn’t finished. So there he was with his pancreatic cancer and the TV host looking up at him in total shock.

The next day Dad went to have his CT scan and while he was waiting a young doctor asked him, ‘What treatment are you doing – are you doing chemo?’ and my Dad said ‘no, no I’m doing homeopathy.’ The doctor started ridiculing him and said ‘that’s never going to get rid of it’ then turned and walked away.

Then he was called for his CT scan… and the tumour was gone. 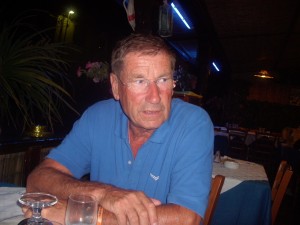 But there was another aspect to Dad’s cancer – and his recovery.  My Dad never managed to enjoy his life and was always very tense. After his diagnosis he discovered – through doing a Brandon Bays Journey process with me – the root cause of his fears and anger… and I believe his cancer. I’m sure recognizing and releasing this trauma – which he’d held since he was two years old – has kept the cancer away.’

A Bit about Plussing

‘Plussing’ in homeopathy simply means extending a dose by adding water to the remedy. Dr. A. U. Ramakrishnan (the honorary homeopath to the president of India) presented a seminar in Berne in June 2003 where he discussed the method in detail. You can read more about it here. Dr. Ramakrishnan has treated over 7000 patients with cancer and apparently finds the remedies C30, C200 and 1M most useful.

Homeopathy in the Headlines

In 2010 homeopathy protesters in London swallowed whole bottles of pills outside Boots pharmacy in an attempt to ‘prove’ the remedies are ineffective. Two questions spring to mind:

Branding homeopaths as quacks is nothing new. If you’ve watched Healing Cancer From Inside Out you’ll know that the war on homeopathy has been waged since 1900. According to the narrator Mike Anderson, ‘Allopathic doctors, feeling threatened, formed the American Medical Association. It was originally formed as a doctors union to counter the growing influence of the homeopaths. The American Medical Associations’ main aim was to muscle out the competition coming from the homeopaths, by branding them as quacks in combination with slandering and harassing them as much as possible.’

Next time somebody gives you a ribbing for knocking back Ferrum Phos when you’re feeling flu-ey or for taking Ledum for a mozzie bite, you might mention this study, published in a major peer-reviewed journal. (Cancer Research Secrets by Dr Keith Scott-Mumby pg 122)

The study, published in the February 2010 issue of the International Journal of Oncology found that homeopathy works as well as an expensive breast cancer drug.

Researchers from the USA and India, found the cancer killing effects of the remedies Carcinosin 30C and Phtytolacca decandra 200C showed similar activity to Taxol the most commonly used chemotherapeutic drug for breast cancer… but without the nasty side effects of course. 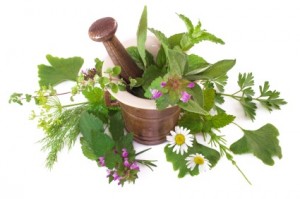 Patrizia Sergeant is a UK based healer who practises Reiki, the Journey process, Bowen Technique and past life therapy.