‘Dis-aster’ means ‘from the stars,’ indicating a long-held belief that bad things happen for reasons known by the heavens.’ Caroline Myss, Sacred Contracts 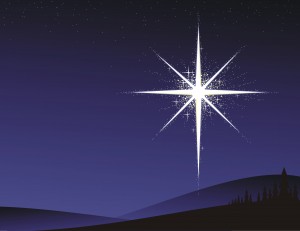 Ten months on, Mum now sees her cancer diagnosis as a much-needed ‘wake-up’ call from a life she was, in some ways, sleep-walking through:

‘I was in a bit of a bad place,’ Mum says of her previous emotional state. ‘I’d wake up each morning thinking ‘ here we go again,’ finding little pleasure in my daily routine. Although I had been given a great life, in many ways I felt stuck and powerless to make any changes.’

Caroline Myss, America’s most revered medical intuitive, believes that our ‘biography becomes our biology’; that every thought affects our tissue and that toxic memories reside in our cellular structure.

When Mum first read Myss’ seminal work, Anatomy of the Spirit something clicked. She felt that her emotional state had, at least in part, contributed to her cancer and that turning her mindset around would be vital to her recovery.

She also knew the reverse was true; that getting her body moving again would boost feel-good endorphins and elevate her mood. So, about six weeks after her hysterectomy, Mum resumed her sessions with Bogna Forbes, her pilates teacher and trusted friend.

Mum was still feeling emotionally fragile and physically weak when she arrived at Bogna’s studio, but she put on a brave face and said breezily:

Bogna tilted her head to the side and said: ‘So how are things going?’

‘I don’t think so!’ said Bogna in her no nonsense tone.

‘ Ok, you’re right,’ Mum said, before telling Bogna what was on her mind. 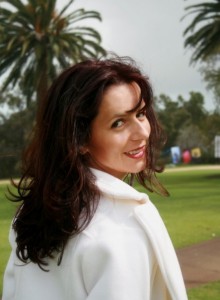 In sensing Mum’s anxiety and fear  and encouraging her to release it, Bogna could then work much more effectively on her body.

‘When we verbalize what’s going on in our head, blockages in the body disappear,’ Bogna explained, when I spoke to her recently.

These ‘blockages’ can often arise from unresolved emotions or experiences, according to Bogna.

‘For instance, if you’ve been hurt emotionally, the lining around the heart starts to tighten; you start to build an anatomical wall to stop you getting hurt again,’ said Bogna.   ‘ So people who have been hurt will often start to hunch forward as if they are literally holding everything in.’

That’s not to say that everyone with a dowager’s hump has a broken heart – years spent squinting at a laptop will also do the trick – but there’s certainly some truth in the idea that our bodies start to mirror our minds. And some people, like Bogna, can intuitively pick this up:

A few years ago Bogna was at a dinner party when an acquaintance of her husband limped up to her in the kitchen.

‘Although I didn’t know anything about his sister, I just sensed, very strongly that his sister was the reason his hip was sore and he was limping,’ Bogna said.

‘I certainly can’t always intuit what’s happening in people’s lives – and what’s impacting their bodies- but sometimes if someone asks me a particular question, that information will come.’ 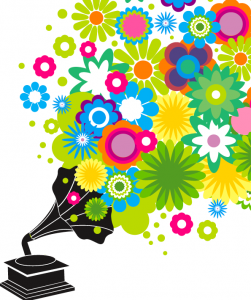 While this might all sound a bit ‘woo-woo’ for some of you, anyone who’s familiar with the work of Caroline Myss, Bruce Lipton and Gregg Braden or watched ‘The Living Matrix’ ‘Medical Renaissance- The Secret Code’ or ‘ What the Bleep Do We Know’ (and I’m slightly banking on the fact that some of you have) will know that our bodies are influenced by more than the food we eat, the drugs we take or the number of downward dogs we do.

But for those of you who are sceptical of the mind’s power over the body, here is a bit of scientific theory:

‘ The newest research actually proves that when we feel stressed, the fascia – the connective tissue surrounding our muscles – becomes more dense,’ said Bogna.

While many conventional doctors merely see the fascia as ‘filling’ between our muscles, research over the last five years suggests it’s so much more than that:

‘Pioneers in fascial science – like Robert Schleip from Germany – are discovering that the fascia is more like the heart, a smooth muscle that contracts by itself and responds to emotional stimuli.’

So how does this relate to health and healing?

‘ When I put my fingers on someone’s body – whether it’s their foot, head, or knee – I can feel how a person’s energy moves through the fascia, and I can analyze very quickly what’s going on.’ 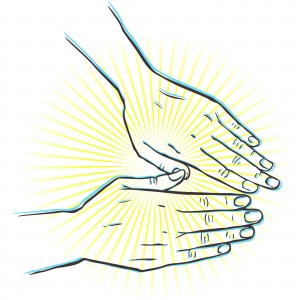 Bogna’s healing skills have been a godsend for Mum.

Following her hysterectomy Mum was left with a debilitating pain in her groin. When she mentioned it at her post-op, the doctors and nurses had no idea where the pain was coming from – but Bogna did.

‘There was an imbalance in your Mum’s pelvic floor muscle,’ Bogna said. ‘ So we worked on gently strengthening that muscle.’

While Bogna would never call herself a medical intuitive (although she admits to helping people heal from the age of four) there are others who have trained in the art and whose skills have been put to the test.

Edgar Cayce was the most documented medical intuitive to date, with over 9,000 health readings performed over a 40-year-period. He had no medical training but his gift of medical prophecy, while in a deep trance, helped thousands of people during his lifetime (1877-1945).

Then there is Caroline Myss.

Two decades ago, Dr Norm Shealy, a Harvard-trained neurosurgeon, and founder of the prestigious American Holistic Medical Association, conducted a scientific blind study, which revealed Myss had a 93% accuracy rate in medical intuition.

But Myss doesn’t see her Oprah-acclaimed talent as a gift; she views it as an acquired skill and now devotes much of her time to teaching others how to develop their intuitive abilities.

Last week I spoke to Kim Illig, an intuitive healer from Seattle, who trained ( for seven years) with Caroline Myss and Norm Shealy.

Rather than diagnosing disease (she leaves that to doctors) Illig helps clients identify and work through emotional patterns that might be stopping them from healing.

‘ When we get a serious diagnosis it can spark despair, fear, shame or anger and these emotions assist in tissue breakdown in the long term,’ said Illig. 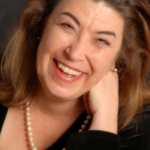 ‘ Blame – whether that’s blaming others or blaming yourself – can also contribute to the healing process being a lot slower and it’s something that we need to clear.’

So can anyone become a medical intuitive?

‘To me, all one has to do to become a medical intuit, theoretically, is have a passion for doing it, just like someone who loves piano would spend years practising and taking lessons,’ said Illig.

‘So in the world of intuitive healing we have the Mozarts, the Beethovens and the Chopins; we have famous concert pianists and we have people who play just for their family at Christmas. Using that metaphor I would consider myself to be a concert pianist –– but I really feel that everybody has the capacity to really know themselves; to be able to take information from their five sensory experience and interpret it in another sense.’

Whether we’re in rude health, on the road to recovery or feeling overwhelmed by the affects of a chronic disease, we all have the power to learn something from our physical experiences and choose not to let them define us.

For years Caroline Myss was plagued by chronic pain and occasional bouts of depression. In Sacred Contracts she writes:

‘ These ailments did not begin to abate until I recognized that I myself had fallen prey to becoming a woundologist- someone who defines herself by the bad things that have happened to her.’

All of us, at some point, fall prey to dwelling on our past hurts – whether it’s a crap relationship or a life changing disease – but we’d do well to notice when we’re trapped in rumination and question whether it’s holding us back or helping us heal. 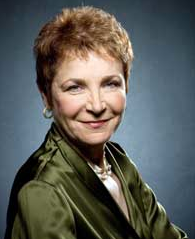 If you would like to know more about Kim Illig or schedule an appointment (she can conduct sessions over the phone) go to: www.kimillig.com or contact: kim@kimillig.com

If you would like to book a pilates session with Bogna Forbes, you can email her at: b_janik@tpg.com.au. Her studio address is: 4/12 Station Street, Cottesloe, Perth Western Australia.

If you live in the UK you might be interested in the work of Marie Hart, an intuitive healer, reiki master and qigong instructor: bio-identical-london.co.uk/

NEXT WEEK: Stories from other natural cancer survivors.