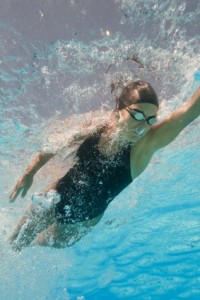 They’ve boosted the performance and stamina of the US Olympic swimming team.

They’ve even aided thousands of earthquake victims in Italy. As a result they’ve now been introduced into the Italian health care system.

A few months ago, when the Adelaide Advertiser ran a story about Mum’s alternative cancer journey, a man called Bob Harding contacted us (one of the many inspiring people we’ve connected with since starting this blog).

Bob has been a distributor of LifeWave patches for the last three years, after witnessing first-hand, their amazing benefits:

‘I went along to the LifeWave meeting thinking ‘ this is probably going to be a load of crap’ but after seeing the product in action, I joined up as a member.’

A pair of LifeWave patches were placed on Bob’s neck and almost immediately, his debilitating neck pain – which had plagued him for twenty years – disappeared.

Since then, Bob has seen the patches dramatically improve the condition of those suffering from arthritis, autism, ADHD, insomnia, lethargy as well as serious illnesses like cancer – although he is at pains to mention the patches are not responsible for the cure of any disease.

Nonetheless, when you hear about the man who literally got up out of a wheelchair after being patched – or of the lady, riddled with cancer and sent home to die, who’s still alive two years after trying LifeWave – you appreciate the patches are more than a band-aid approach to healing.

Bob will say the patches have been shown to help a variety of conditions common to cancer sufferers, like pain, lack of energy and depression.

‘We’ve helped hundreds of people and we have so many stories – it’s been quite an incredible journey,’ he told me. You can read some of the inspiring testimonials on the website.

So What Are the Patches?

The LifeWave patches are the brainchild of David Schmidt, who spent three years researching ways to increase energy and stamina through using the body’s electromagnetic field.

According to David, the patches promote chemical reactions in the body by acting as a transmitter to boost your electron flow.

Last year LifeWave made the Inc 5000 list of fastest growing companies in the US – for the third consecutive year – and the company has a league of medical professionals and celebrities behind them including Dr Norm Shealy and Suzanne Sommers. 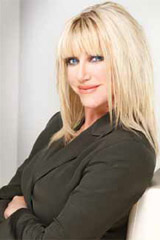 In her best-selling book Knockout (a must-read for anyone embarking on the alternative cancer journey) Sommers says:‘ I love these patches. They are nondrug and do the job perfectly. I couldn’t be without them, and David Schmidt is a genius for creating them.’

What Can The Patches Do?

Where to start? There are seven different patches and they can be used – together or alone – for a variety of different things, in sickness and in health.

Athletes will want the Energy Enhancer patches, those with a spare-tyre might use the SP6 patches to stave off hunger. Then there are the IceWave patches for pain… and for insomniacs? Silent Nights are the knights in shining armour.

One of the most heartwarming stories Bob told me was about how these patches had transformed the life of a Korean War veteran. This 90-year-old man has spent the best part of a century waking up screaming. Now, thanks to the Silent Knight patches, him (and his wife) sleep at night. 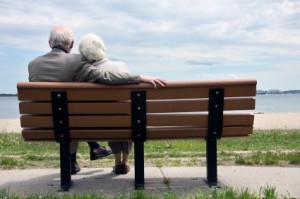 If you’re fighting a life-threatening disease, like cancer, the Y-age Carnosine and the Y-age Glutathione patches are likely to help you the most.

As some of you may recall, Mum and I are big believers in glutathione – this vital antioxidant can neutralize free radicals, boost natural killer cells and detoxify the liver. (You can read more about it here). Sadly, most of us don’t produce enough glutathione.

In a recent study these non-transdermal patches were shown to increase levels of glutathione in the body by a whopping 454%.

In the same study, urine mercury levels spiked in some of the subjects, suggesting the increased levels of glutathione were also aiding detoxification.

‘ The patch has a massive detoxing effect, it literally draws the drugs, chemicals, mercury straight out of the body,’ said Bob.

‘ If you put the glutathione patch or the carnosine patch on an acupuncture point – say the lung meridian, or the heart meridian – you will help repair those organs and that has been clinically measured.’

In one published study (and there are many more on this page if you’re interested) the carnosine patch, worn 12 hours daily on alternative days over a period of two weeks, resulted in a ‘very significant’ improvement in the functional status of the pancreas, liver, right kidney, left and right adrenals, hypothalamus, pituitary and thyroid glands.

Not only is carnosine a powerful free radical scavenger, cell repairer and chelator – it’s also renowned for it’s anti-ageing properties.

‘ All the wrinkles on my forehead have just about gone and the age spots have practically disappeared,’ said Bob.

His varicose veins have vanished too.

Mum has been using the patches for a few months now and, along with feeling more alert and energized (she can kayak all day) she’s had plenty of people tell her how well she looks. 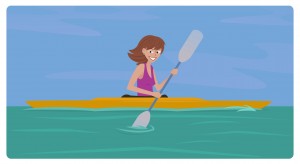 Of course looks are of little concern when you’re dealing with cancer – or so you think until you get a compliment.

While Mum has been happy to forgo expensive face creams for organic, non-toxic alternatives since her diagnosis, she hasn’t entirely let go of her desire to hold back the years.

Could these patches be the answer?

Who knows, but there’s certainly truth in getting your beauty sleep.

If you want to find out more about LifeWave visit www.lifewaveaus.com.au and feel free to contact Bob Harding directly ( he may also assist in providing details for other distributors worldwide) : bob@lifewaveaus.com.au.

A packet containing 30 patches retails from US$79.95 (plus postage and tax) and can be purchased directly from a member of LifeWave or from the website.