When it comes to cancer treatments, there’s no magic bullet. 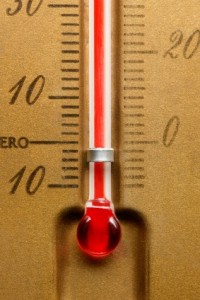 It’s a systematic disease and it demands a 360-degree re-evaluation of your emotional and physical health, your shopping basket, your make-up bag, your drinking water and your relationships.

Many people have written to me in the last week sharing their own bespoke cancer programmes. The thing they all have in common?

There’s no ONE thing they’re doing. Most people are choosing a three, or four-pronged attack – whether its enzymes, coffee enemas and hydrogen peroxide or Chinese mushrooms, the Budwig Diet and prayer.

Mum has tried (and stuck with) many things over the last few months – from Vitamin C injections and Qi gong, to the Rife Machine and Archangel Michael (shout-outs to Tony Norgrove for the introduction).

One thing she hasn’t tried is hyperthermia.

But for many people, this therapy is as close to ‘magic’ as medicine comes.

You Give Me Fever

Back in 1868 a Dr Peter Busch, a German-American doctor, found that one of his cancer patients miraculously recovered after suffering a raging fever.

Well, since then, other cancer patients have experienced  ‘spontaneous remission’ following a high temperature – including Jordan Harden, who had acute lymphoblastic leukaemia.

After aggressive chemotherapy and an experimental stem-cell transplant both failed, Jordan (who was only three years old at the time) was given weeks to live. His parents were about to take him on a ‘final’ family holiday to Disneyland when they received news that Jordan… no longer had cancer.

Days before Jordan’s final scans, he had a fever of 38.1 degrees.

We now know that a high temperature (usually around 42 degrees) can kill off cancer cells and leave healthy cells intact – even conventional doctors agree on that point.  In fact, you’ll find a list of scientific references to heat therapy on the National Cancer Institute webpage.

Not only does high heat devastate cancer cells, it also activates the body’s immune system to fight the disease.

It’s the same as when we have the flu and get a high fever, it’s our body’s way of shaking off the bug.

So what is Hyperthermia?

Dr Alexander Herzog, from the Special Hospital for Integrated Oncology and Hyperthermia Centre in Germany, explains how the treatment works in the movie Cancer Is Curable Now:

‘ There are many studies showing that the heat creates conditions where the immune system works better, the local hyperthermia helps to develop heat shock proteins on the surface of the tumour cells, making them more visible to the attacks of the immune system.’

At another renowned German clinic, the Klinik St Georg in Bad Aibling,  the doctors have been successfully treating cancer patients with hyperthermia since 1992.

Yes, that long ago! 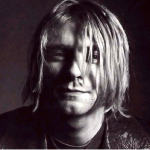 While most of us were ‘Jumping Around’ to House of Pain and head banging to Nirvana, these Bad-Ass doctors from Bad-Aibling, were giving a second chance to cancer patients given a death sentence.

At St Georg, the doctors use a variety of techniques to ‘cook’ cancer cells.

In the case of ‘local hyperthermia’ an electrode sends a specific radiofrequency through the body and the waves are caught and converted into heat.

‘Whole Body Hyperthermia,’ on the other hand, involves a patient’s entire body being heated for around six hours.

In Cancer is Curable Now Dr Friedrich Douwes, the head of St Georg, talks about his success in treating cancer patients with metastases ‘in the bones, lungs and liver,’– in those cases he reportedly uses small amounts of chemotherapy too.

But many people coming to St Georg are having hyperthermia as a stand-alone treatment.

Lance, 71, from Australia, is one such person. He traveled to the clinic 12 months ago, after being diagnosed with prostate cancer. I recently had the pleasure of speaking with him about his experience.

How did you hear about hyperthermia?

‘I just searched and searched online. A lot of my friends have had prostate surgery and I know about all the horrible side effects – you hear about them becoming incontinent and walking around wearing nappies.

So I sent away for various books, and I heard about all these different clinics in Europe and in Mexico – eventually I came across St George.’

How much did it cost?

‘It cost $8000 dollars for the treatment, which you can’t get back on Medicare, and then there’s the cost of flying there. They put me up for a fortnight and I had some intravenous vitamin C and then two sessions of prostate hyperthermia – lasting three hours each. After that they said: ‘You’re ok, you can go home.’

What does Prostate Hyperthermia involve?

‘It’s just a probe that goes through the urethra tube into the bladder and heats the prostate up to a temperature that destroys the cancer cells.

They turn the switch on and it’s totally painless – you just sit there while the machine does its electronic wiz-bo, you can’t feel anything. It also kills any fungus and mould that’s been there for years. So you come out as clean as a whistle and like an 18 year old again!’

‘They’re doing a roaring trade with Americans and Europeans. But unfortunately a lot of people go there as a last resort. There were some people going in there in wheelchairs and breathing in oxygen masks, totally destroyed by chemo.

In those cases, the first thing the doctors do is try and de-sludge them of all that gunk (with IV vitamin C, de-toxing foot baths, re-mineralization and more) and within the first week they’re walking around minus the wheelchair and feeling on top of the world, and then, and only then, would they do the hyperthermia.’

‘My PSA (Prostate Specific Antigen) was 48 before I went there, and when I came back it was 00.1

But the PSA is really only a sign of inflammation. The more revealing test is something called the PCA 3, which only tests for cancer cells. 12 months ago the reading was 37 and when I came back it was 4.

So no regrets then?

‘The hyperthermia is fantastic but while I was at the clinic they also gave me injections to block off my testosterone. If I had my chance again I’d refuse the injections. It sent my estrogen levels through the roof and just about killed my testosterone. The old theory that testosterone causes cancer is a load of rubbish.’

Lance wasn’t the only Aussie at the German clinic. While he was there a female oncologist from Sydney came to check it out.

‘ She had a look at everything and said ‘it’s absolute madness that we don’t have this in Australia!’

According to Lance, this doctor is currently fighting the TGA tooth and nail to get a machine into Australia – to no avail. 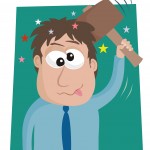