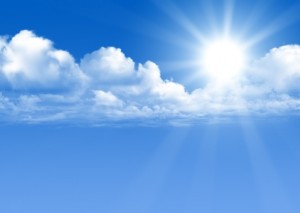 Cancer cells hate oxygen. In fact, they’d rather die than be in a body flooded with oxygen; something scientists have known for over 70 years.

In 1931 a German doctor called Otto Warburg was awarded the Nobel Prize for a number of groundbreaking discoveries. He demonstrated that cancer cells survive and thrive by breaking down glucose in the absence of oxygen, a process called glycolysis.

Warburg explained his findings in a presentation in 1966: ‘Cancer cells meet their energy needs by fermentation, not oxidation. Thus, they are dependent upon glucose and a high oxygen environment is toxic to them.’

The ‘Warburg effect,’ as it’s now known, has led many physicians to treat cancer by saturating the body with oxygen. These methods include oral or intravenous hydrogen peroxide, ozone therapy and hyperbaric oxygen therapy.

And these treatments are working – and not just for Mum, who has embraced the latter two.

Hyperbaric oxygen therapy – which involves delivering 100% pure oxygen to you in an enclosed chamber – has been shown to shrink ovarian tumours, reduce breast cancer metastasis to the lung and improve cognitive function in brain cancer patients who’ve had either surgery or radiation.

Then there’s hydrogen peroxide.  Millions of cancer patients in Europe have benefitted from this life saving liquid. It’s also big in Mexico. Dr Kurt Donsbach, former President of the National health Federation in the US, has apparently achieved cancer remission rates exceeding 70% using intravenous hydrogen peroxide – you can read more about it here. 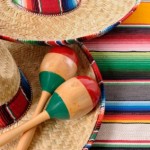 At another renowned clinic in Mexico – the Oasis of Hope – ozone therapy is one of the leading treatments.

So what is Ozone Therapy?

You can think of ozone as a supercharged oxygen molecule – O3 rather than O2.  The addition of this extra atom makes ozone highly reactive – and effective at treating cancer, as well as a host of other health conditions, including heart disease. (Ozone oxidizes the plaque in arteries allowing the removal of the breakdown products, unclogging the blood vessels).

Ozone triggers an avalanche of effects when it is introduced into the bloodstream: it improves the exchange of oxygen in the blood, activates the immune system and increases the efficiency of the antioxidant system – all of which help to reverse tumor growth. In addition, ozone therapy stimulates the production of hydrogen peroxide, which aids apoptosis (programmed cell death) of malignant cells.

According to the Europe-based Medical Society for the use of Ozone in Prevention and Therapy and the National Center for Scientific Research in Cuba, physicians are currently treating around 49 diseases with different forms of ozone therapy including: AIDS, acne, cancerous tumours, cystitis, gangrene, herpes, Rheumatoid athritis and Parkinson’s disease.

The German Army used ozone extensively during World War 1 to treat battle wounds and anaerobic infections and prior to that ozone gas was used to disinfect operating rooms in Switzerland.

The first doctor to treat cancer with ozone was Dr. W. Zable in the late 1950s; over the next 20 years hundreds of German physicians began using ozone in their practice and it’s now used by thousands of practitioners throughout Europe.

Today, the majority of scientific papers on the healing benefits of ozone are coming out of Cuba, Russia and Germany, where governments support their research.

What does Ozone Therapy involve?

Approximately 250cc of blood is taken form the patient and is ‘ozonized.’ According to Dr. Contreras from the Oasis clinic this process increases the amount of oxygen in the blood from three-fold to six-fold. You can actually see the difference as the blood turns from dark purple to a bright scarlet. This ‘hyperoxygenated’ blood is then returned to the body: the procedure takes roughly 40 minutes.

Mum started having both ozone and vitamin C therapy twice weekly following her diagnosis. This meant spending hours hooked up to an intravenous drip, chatting away with Jane, Bill, Lucy, Gary and Paul – all regulars at her clinic; all lucky enough to be able to afford these effective alternative treatments.

Why are they so expensive?

A cancer patient who chooses the alternative health route won’t get a cent back on health insurance.

By contrast, chemotherapy drugs are covered by private health insurance and are also heavily subsidized by the Australian Government. So even though they can cost tens of thousands of dollars, the patient will usually pay only a small potion of that.

Mum felt angry that she was being punished financially for choosing something that wasn’t a pharmaceutical drug; and she felt incredibly sad for all those people for whom alternative medicine was a prohibitively expensive choice – essentially the majority of people living in Australia, America and the UK.

In progressive countries like Germany, on the other hand, these natural, non-toxic cancer treatments are promoted by the majority of physicians and covered by health insurance.

Happily, there are a few trailblazing charities, like Yes To Life in the UK, which provides support for people interested in complementary and alternative cancer treatments.

If you want to learn more about oxygen therapies I suggest you dive into this fantastic ( and fully referenced) report.

To book a one-on-one health coaching session with Laura, go to: https://www.laura-bond.com/health-coach/