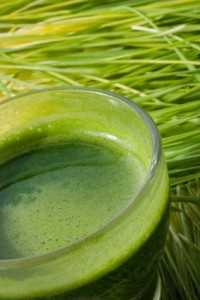 It doesn’t matter how much green tea you drink or vitamin C you gobble, if you’re not getting enough of this vital nutrient, you might be wasting your time.

‘ Enzymes are just so important,’ said naturopath Jeremy Bowler to Mum, while she was filling her basket at Precious Organics. ‘The right blend can help with everything from autoimmune diseases and hypertension to liver problems and breast lumps. We call enzymes the tool men in the factory – they’re responsible for most of our essential functions.’

Precious Organics is jam-packed with ‘living products,’ like activated nuts, digestive enzymes and broccoli sprouts. It’s also full of people who radiate health, including Jeremy, Vicki and her daughter Elli, who run the shop. The last time I went to Precious with Mum, I’d just had a fake tan – and felt so off-message. The ‘inside-out’ glow is obviously the new St Tropez and living enzymes are the way to get it.

‘ In five or ten years most people will be taking these nutrients along with antioxidants and other supplements. Yet few are taking them now,’ writes Lee Euler in the fantastic report The Missing Ingredient For Good Health.

He’s not the only enzyme enthusiast.

In a 2008 paper titled Enzymes and Cancer: A Look Toward the Past as We Move Forward, Dr Keith Block writes about meeting a German doctor at a recent cancer conference:

‘ I asked him what the most exciting thing in cancer CAM (complementary and alternative medicine) in Europe was at that time. ‘Enzymes,’ he said.

A bit surprised by his instantaneous response, I asked him what the second most exciting thing was. Again, with no hesitation he blurted out, ‘More enzymes!’

Enzymes have been the key to survival for patients with a wide variety of cancers, including metastatic breast cancer, kidney cancer and leukaemia. In one study where 107 women had undergone mastectomies for breast cancer 84% of those on enzymes (Wobenzyme) survived more than five years, compared to 43% on conventional therapy. (The Missing Ingredient For Good Health, pg 9 )

In another study (randomized, double blind) of 60 colon cancer patients, those taking enzymes showed lower level of chemotherapy side effects, had fewer metastases and a trend towards longer survival.

Shortly after Mum was diagnosed with cancer I had the privilege of interviewing Dr Jonathan Wright, a superstar in the alternative health world. Naturally, I squeezed in a question about Mum’s cancer. His advice?

‘If it were my mum, I would send her to New York City to Nicholas Gonzalez right away. His track record is better than anyone in the United States for helping people to get over their cancers.’ 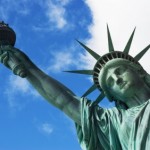 Gonzalez carried out a pilot study of 11 patients suffering inoperable adeno-carcinoma of the pancreas, one of most fatal forms of cancer: the average patient with this type of cancer survives three to six months.

Gonzalez was told that if 3 of the patients lived one year – that would be seen as a positive result.

In a similar study of 126 chemotherapy patients with the inoperable pancreatic cancer, not one lived longer than 19 months.

So the ‘alternative’ therapy outperformed chemotherapy by a hundred to one. The study was published in the peer-reviewed journal Nutrition and Cancer in 1999, issue #33.

In 1902 a Scottish doctor, John Beard, published a paper suggesting pancreatic enzymes might be helpful in fighting cancer.

Beard, an embryologist, noticed that the placenta behaved very much like a cancer tumour.

When it implants into the uterus, the placenta burrows and invades the mother’s tissue, exactly like a cancer.

Beard observed that the placenta stopped growing at the same time the baby’s pancreas became active and started to release enzymes. He theorized that the same enzymes might halt the growth of cancer.

Within a few years, hundreds of clinics sprang up offering pancreatic enzyme treatments for cancer patients – there were 40 centres in London alone, according to Dr Keith Scott-Mumby in Cancer Research Secrets.

Dr Beard (along with Dr.  Krebs, Jr., and Dr. Burk) also made the groundbreaking discovery that cancer cells are coated with a protein (fibrin), and that this lining stops the body’s normal defenses from getting to the cancer cell.

They found that enzymes were able digest the fibrin coating the tumor, allowing the body’s white blood cells to break it down.

Taking up the Baton

Others have kept the enzyme idea burning brightly. Not least, Dr William Donald Kelley, who cured himself of pancreatic cancer using Beard’s theories.

Evidence suggests Kelley’s at-home DIY programme is 90% effective in patients whose immune systems have not been devastated by chemotherapy.

Then there is Dr Max Wolf, a Columbia University Medical Researcher, who came up with arguably one of the most effective enzyme combinations – Wobe-Mugos, better known as Wobenzym. (It’s now the second most popular pain therapy in Germany, outsold only by Aspirin, according to Lee Euler).

Then of course, there is Gonzalez.

Gonzalez has spent the last few decades curing apparently incurable cases of cancer. 31 of his case studies are currently available at http://alternative-therapies.com.

One of his patients, a 62-year-old woman, was suffering from cancer of the uterus. The cancer had spread to other organs and her doctors suggested radiation was her only chance of survival. Instead she treated herself to high dose vitamin C and herbal tea – and then heard about Gonzalez.

After 20 months on the Gonzalez programme, she was cancer free. In another 14 months MRI studies showed there was no sign of cancer. 16 years later? She was still alive and well.

About a month ago, Mum got serious about enzymes (they were also duly added to Gnocchi’s fish and vegetable mix). The enzymes she’s now added to her regime include:

Wobenzyme (containing enzymes from both porcine and plant substances)

According to Gonzalez the porcine pancreatic enzymes are the ones that pack the most anti-cancer punch.

But that’s not to say the other ones aren’t important too.

Nattokinase has been hailed as the ‘enzyme of enzymes.’

It’s derived from natto, Japan’s equivalent to vegemite: ergo, children are introduced to it at an early age and learn to love its unusual taste. It’s popularity might go some way to explaining why Japan has such low levels of heart disease, since it’s now known that Nattokinase, is able to break down fibrin – responsible for blood clotting as well as a cancer tumour coating.

In fact many alternative doctors recommend enzymes for their heart patients AND cancer patients.

‘When I put you on my cancer prevention programme, you are not going to die of a heart attack, because you can’t eliminate cancer without eliminating the thickness of blood,’ says Dr Gary Gordon in Your BluePrint for Beating Cancer.

According to Gordon thick blood moves cancer more easily from one area to another, and enzymes help to keep the blood ‘less like ketchup and more like red wine.’ 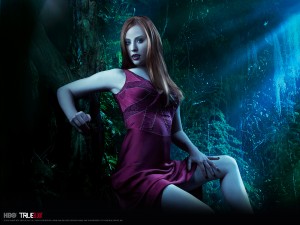 As a final note I’d just like to say a HUGE thank you to everyone who has written in with such lovely comments this week. Mum and I were overwhelmed by the positive reaction to the piece that appeared in the Sunday Times Magazine last weekend. Which you can see here.

I look forward to continuing the conversation with you all – hearing your own stories  and learning more about the miraculous alternative cancer treatments now available.

It seems the alternative cancer journey isn’t such a lonely one after all.