Are you eager to please, easily worried and feel like your life lacks meaning? 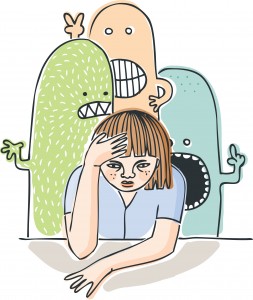 Do you find it difficult to express anger, ask for favours or to say ‘no’?

I know, I know. All of us struggle with these things from time to time. But if you habitually find yourself putting others first – you’re a prime candidate for cancer.

In The 9 Steps to Keep the Doctor Away, the author, Dr Rashid A. Buttar, jokes that his ex-wife will never get breast cancer.

According to him, she doesn’t fit the personality profile. After treating hundreds of breast cancer patients, Buttar discovered they shared certain traits.

‘Nearly all the women were constantly giving of themselves and were always worried about something. The stress never ended. If one thing they had worried about was resolved, they found three new things to replace it. I also noted that they never, ever took any time off for themselves.’

After her diagnosis, Mum, for the first time, had to learn to let go – to let go of the laundry basket, the chopping knife and the hessian shopping bags, along with stress, fear and resentment.

According to rebel oncologist Dr Bernie Siegel, doing too much for others can get us into trouble.

‘If you have twin sisters and one is a submissive young lady, who tries to please parents and everyone else and never expresses anger, but her sister is a little devil and doesn’t care what anyone thinks, who’s more likely to get cancer? The answer is? The good girl.’ ( Your Blueprint for Beating Cancer )

Mum had to ask herself what she really wanted, and what changes she needed to make in her life. The old self developed cancer; it was time to adopt a new perspective.

‘In terms of who will do well with cancer, it’s the people who see it as a challenge – more than as a threat,’ said Dr Joan Borysenko when I interviewed her recently.

‘Somebody who sees cancer as a challenge is much more likely to get a second opinion, do their research and to say, ‘ OK, here’s the usual treatment, but based on the research I’ve done, is it actually going to help me, or is it something that’s likely to ruin the quality of my life?’

According to Borysenko, control is also a big issue.

‘Some people waste a lot of energy trying to control the uncontrollable. But people who are ‘stress-hardy’ like to say, ‘Ok, what can I control?’ They put their energy into things they know can make a difference.’

Siegel has a similar view.

‘Survivors do things, they seek information and they have faith.’

Mum chose to put her faith in the universe. Following a trip to a local spiritual healer, her daily mantra, whenever anxiety struck, was: ‘ It’s not me, it’s not mine, I surrender it to the universe.’

Finding a sense of meaning, amidst the injustice of illness, is all-important if you want to get better.

In his book You Can Fight For Your Life: Emotional Factors in the Treatment of Cancer Lawrence LeShan writes:

‘ Among my own patients, I found there seemed to be a general correspondence between the rate at which a malignancy developed and the length of time that had elapsed since that individual had lost his sense of life’s meaning…’

In the years prior to her diagnosis, Mum had started to feel as though she’d ‘lost her sense of identity’ – perhaps under the pile of wet towels in the laundry, or maybe somewhere along Stirling Highway, between the fishmongers and the vet.

Her cancer signalled that it was time to move on. For Mum, that meant selling her house, embracing new friends and learning new things.

Mum started studying astrology, and has since discovered that when Pluto is opposing the sun in your chart, it’s likely you’ll face a major life challenge.

And that’s exactly how Mum started to view her illness.

‘ ‘You have cancer’ is only a sentence, not a death sentence,’ she read aloud from one of the books piled high next to her bed.

Following Mum’s diagnosis, the postman didn’t ring twice at our house; he rang about five times a day, delivering countless books, supplements and guided imagery CDs so Mum could arm herself with knowledge, and empower herself with belief.

Speaking of which, do you remember the psychologist Dr Bruno Kopfler?

I wrote about him in a previous blog, when I talked about the importance of believing in your treatment, whatever path you choose.

I’ve since discovered Klopfer has a lot to say about ‘the cancer personality’. He uttered these words in 1959:

According to LeShan, Klopfer was able to predict, with nearly 80% accuracy, which patients had slow growing cancers, and which fast-growing on the basis of personality tests alone.

What about diagnosing disease by looking at a drawing?

The late Dr Caroline Thomas, from The Johns Hopkins University, discovered people who draw themselves with their arms in different positions – signalling ambivalence – were more likely to get cancer. 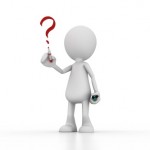 She also found that those who weren’t close to their parents had a greater risk of developing the disease.

So can you blame your parents for getting sick? Of course you can; but it won’t help you in the long run, and it’s by no means the whole story.

Just like your genes, parents might make you more susceptible to disease, but they don’t determine your destiny. Rather, it’s your thoughts, behaviour and the way you respond to life’s challenges – your personality – that really matters.

5 Responses to The Cancer Personality