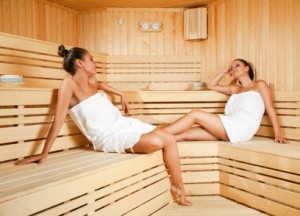 ‘Did you know a baby born today has 1000 times more lead in their bones than a baby born 400 years ago?’ Mum said, over the drone of her oxygen machine.

Mum had been listening to an interview with Dr Garry Gordon, co-author of The Chelation Answer andfounder of the American College for Advancement in Medicine.

Dr Gordon spent many years focusing on heart disease, but after conquering that (he hasn’t had a patient die of a heart attack in over twenty years) Gordon decided to move onto a new challenge: cancer.

He’s had huge success with cancer patients and now lectures around the world.

‘ What you’re being told about cancer is mostly garbage,’ is often his opening line.

Lab tests show heavy metals, pesticides, dioxins, PCBs can all be released through sweating in an infrared sauna.

In Gordon’s experience (as the former Medical Director of Mineral Lab) there’s never been a blood test that hasn’t shown up at least 100 of these nasties.

If you want hard evidence, look no further than the 2005 Environmental Working Group study. Researchers analyzed newborn babies and found 287 chemicals and other toxins – including fire retardants, DDT and heavy metals – in their blood. 76 of the chemicals they discovered cause cancer in humans and animals.

What about heavy metals and disease?

Heavy metals can also displace essential minerals, like copper, zinc and selenium, which the body can’t function without.

The idea of hopping in a healing sauna really appealed to Mum… and her partner and my sister’s boss and my brother’s friends.

Whenever Mum mentioned she was considering buying one, it was met with, ‘ When are you getting it?’ and ‘I can’t wait to come over and try it.’ It appeared the sauna was going to attract a lot of visitors and Mum might need to book in advance.

So what is infrared heat?

Infrared is the natural radiation produced by all warm objects from the sun; it has nothing to do with the harmful UV rays associated with unprotected sunlight.  In fact infrared heat is so safe it’s used in hospitals to warm newborn babies.

While searching the internet we came across a brand of infrared saunas called Sunlighten – apparently the only infrared heat technology to be independently tested.

According to research published on their website, just a few sessions can lower blood pressure, boost white cell production, elimiate toxins and aid weight loss – a recent American study found that a 30 minute infrared sauna  session can burn up to 600 calories. 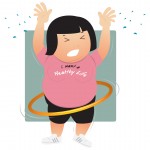 Put down the hula hoop. Step into the sauna.

It sounded too good to be true, so before forking out for an infrared booth, I chatted to Mark Green, a distributer of Sunlighten saunas in Australia.

How does the Sauna work?

‘Infrared heat therapy penetrates the tissues, it opens and resonates the water molecules and it sets up a system where the body is much better able to unload toxins, through the skin,’ said Mark.

For Vietnam Vets, that can mean sweating-out what looks like Agent Orange. ‘It comes out in a brown sticky substance from under their arms,’ said Mark. ‘ We’ve also had people who have completed chemo and radium who sweat a black, unwashable, unmovable substance from their skin – you can’t get it out of fabric.’

Can it help cancer patients?

‘ Informed people around the world are using these saunas, and more, to clean out the underlying causes of disease, with great success.

Why don’t more cancer patients know about it?

‘The problem is that regulatory bodies around the world are trying to stamp out everything that’s not a pharmaceutical drug, the very things that add more toxins to an already overloaded immune system.’

Mark has seen the miraculous effects of the sauna first hand.

After contracting the debilitating Epstein-Barr virus and suffering from chronic fatigue for 11 years, Mark heard about infrared heat, and decided to give it a go. Two weeks into using a sauna? The viruses were no longer an issue.

‘ I went to my doctor and said, ‘Look I think this sauna is making me better, why would that be?’ and he explained that blood borne viruses can’t live outside the normal temperature range of human beings.’

While it might be tempting to take a cool cocktail into the sauna booth, Mark recommends ginger tea. 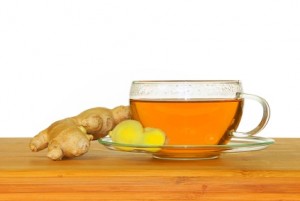 ‘Drinking ginger tea raises our core temperature for higher and longer. It’s a great short-cut to get where you want to be, it also cranks up your immune function and gives your liver a boost at the same time.’

While you can buy a solo-portable sauna for a few hundred dollars, a two person stand-up sauna (roughly the size of a large cupboard) will set you back thousands.

So is it worth it?

When you consider that chemotherapy – which, according to this study might only make a minor contribution to cancer survival – can cost the government hundreds of thousands of dollars, then paying a few thousand for something that might address the underlying causes of your cancer, seems fair.