How do you take your coffee?

What do the Prince of Wales, Janet Jackson and Mum all have in common? 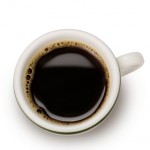 It might surprise you to hear that they all endorse, ahem, enemas – particularly coffee enemas.

Enemas are nothing new; in fact, they’re as old as time. According to acclaimed medical writer, Ralph Moss, enemas are even mentioned in the Egyptian Ebers Papyrus, (1,500 B.C.).

‘Millennia before, the Pharaoh had a ‘guardian of the anus,’ a special doctor one of whose purposes was to administer the royal enema.’ (Imagine that being your job). 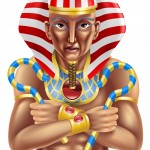 A daily coffee enema became a morning ritual for Mum, pretty soon after she was diagnosed with cancer.

The process involves filling a hot water bottle like contraption with organic, caffeinated (and cooled!) coffee; hanging it from a bathroom towel-rack, and releasing the solution (via a tube) into the colon.

There were plenty of jokes about Mum going upstairs to have a ‘crappuccinno,’ but in reality, the aim of the coffee enema is to detoxify the liver: the most important organ for cancer recovery.

‘Patients have to know that the coffee enemas are not given for the function of the intestines but for the stimulation of the liver,’ said the late Dr Max Gerson, one of the original alternative cancer pioneers.

Gerson believed that tumours formed when the liver, pancreas and other organs were out of balance: he prescribed daily juices, vitamin injections and coffee enemas to restore the body’s natural equilibrium.

His cure rate for cancer was about 50% – nothing short of exceptional when you consider that 90-95% of the patients he treated were considered terminal.

The late Dr. William D. Kelley also prescribed coffee enemas (as well as enzymes and a special diet). According to reports, Dr Kelley was able to cure more than 90% of the cancer patients: the overall cure rate for orthodox medicine is around 25%.

Both Kelley and Gerson were aggressively persecuted for treating cancer patients with their ‘radical’ methods, but the use of coffee in enemas dates back to the First World War.

Enemas as an anesthetic?

During World War I, Germany was surrounded by the Allies’ military forces, and many imported materials were short or missing for the German citizens…When soldiers were sent back from the front lines, severely wounded, and in need of surgery, there usually was just a bit of anesthesia available – perhaps only enough to get them through the surgical operation.

In many cases, after the doctors finished operating, they ordered plain water enemas for the patients. But the nurses were desperately looking for something more to help the soldiers deal with their pain.

It happened that there was always coffee brewing, available only for the surgeons to drink. They often had to work around the clock, and needed to keep awake by caffeine in the beverage. Sometimes, a little of their black coffee was left over.

Apparently, some nurse had the idea that, since the coffee was doing the surgeons good, perhaps it would also help the soldiers. So, the nurses poured a quantity of the leftover coffee into the soldier’s enema buckets. The soldiers receiving coffee enemas reported that such ablutions were doing them some good, and that their pain was much relieved. 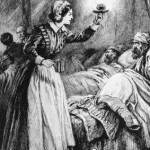 Since that nurse’s light bulb moment, numerous studies have confirmed the benefits of the ‘asspresso’.

What it can do for you

The caffeine is absorbed into what’s called the hemorrhoidal vein and taken up to the liver via the portal vein. The enzymes in coffee then stimulate the liver to produce new bile. The old toxic bile is dumped into the large intestine, where it is safely eliminated from the body.

Since the coffee is retained in the bowel for about 15 minutes, and because all of the body’s blood passes through the liver nearly every three minutes, the enema provides a form of dialysis.

The enzymes in coffee increase glutathione S-transferase (GST) – which is responsible for removing toxins from the blood serum. If you happened to read my previous blog on glutathione, you’ll know just how vital this is for beating cancer.

Theophylline, and theobromine (components found in coffee) cause blood vessels to dilate and can counter inflammation in the gut.

People who’ve been treated at the Gerson institute also report a boost in energy levels, better sleep and relief from headaches as well as stress and tension.

Mum still had the odd headache, but she felt invigorated after the enemas. Added to that, her skin looked luminous and her stomach felt flatter.

But the best thing about the enemas, according to Mum? She found them incredibly relaxing: for 15-20 minutes she was forced to roll out the yoga mat and read a book  -while the caffeine did its work.

Of course anyone can take 15 minutes out of the day to relax and read: but how many of us do? Usually we only allow ourselves the simple pleasure when the do-list is out of range – maybe on the commute, or in the doctor’s waiting room.

Conventional as they come

Far from a hippy fad, coffee enemas were include in the Merck Manual – considered the conventional medical bible – right up until 1977.

Indeed, conventional medical literature is littered with research supporting their benefits – including one paper which describes how a group at Harvard Medical School successfully treated what we call today ‘bipolar’ with enemas.

Another study, which you can read about here, compares the survival rates of melanoma patients being treated Gerson style, versus those having conventional treatment.

Of 17 with stage III melanoma, 82% of those on the Gerson diet were alive at 5 years, in contrast to 39% of those undergoing conventional treatment.

So are you ready to take the plunge?

In my forthcoming book ‘Mum’s Not Having Chemo‘ I will be covering this topic in elaborate detail.

But for now, I suggest you go to www.therawfoodworld.com if you want to find out more and buy your own kit.

20 Responses to How do you take your coffee?