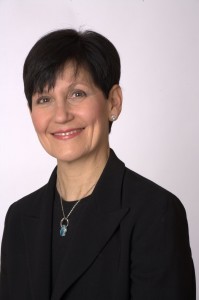 Glenys, Mum’s qigong teacher, was just describing the way energy flowed through the body, when she suddenly said:  ‘ Have you read the book The Field?’ Mum stopped and smiled: ‘ I certainly have. It’s so weird you mention that – my daughter is interviewing Lynne McTaggart, in London, as we speak.’

I had the privilege of speaking with Lynne ahead of the publication of her new book The Bond ( Hay House), released this September. I won’t go into detail about the brilliant book here (more on that next month) but I will let you in on some of the cancer secrets that Lynne, and her husband, revealed to me.

I arrived at Lynne’s office early, soaking and excited. Bryan Hubbard, Lynne’s husband, welcomed me in and boiled the kettle. We started talking about alternative health and I quickly discovered that Bryan was an expert on cancer.

For the last twenty-one years, Lynne and Bryan have published a magazine, What Doctors Don’t Tell You, which exposes myths about mainstream medicine and uncovers cutting edge treatments and therapies – many of which are being suppressed by the medical establishment. Together, the dedicated couple has organized cancer conferences, where the world’s leading experts have been invited to speak about their research.

‘ Burzynski was due to attend one of our conferences a few years ago – but we weren’t sure he was going to make it,’ Bryan said. ‘It was during the final days of his last trial and he was either going to fly to London, or go to prison.’

Thankfully, as I’ve mentioned previously, Burzysnki was acquitted and allowed to speak at the conference (and to continue saving lives at his clinic in Texas.)

‘ At that same conference we were also expecting Dr Ryke Hamer,’ Bryan continued. ‘Unfortunately, he did go to jail.’ ( more on Hamers’ theories later)

Bryan then went on to tell me about his own mother’s miraculous cancer recovery: ‘She was diagnosed with late stage breast cancer a few years ago – and given a few months to live,’ Bryan said. ‘With the help of her doctor, Patrick Kingsley, she radically changed her diet, gave up the white bread etc, and started having high dose intravenous vitamin C and hydrogen peroxide,’ said Bryan. ‘ Four months later? She was completely cured.’

I’ll be mentioning more of Bryan’s research – and his new book, Time-Light in this blog. But for now… enter Lynne McTaggart.

‘It’s medicine’s biggest failure,’ said Lynne, when I bring up the subject of cancer. ‘ It’s all about money – it’s not about making people well. There are so many people spreading misinformation – the American Cancer Society for one – claiming that none of these other treatments, like Burzynski’s, have any evidence behind them. But the truth is, there’s a tonne of evidence.’

‘What do you think is the most important thing to focus on if you have cancer?’ I ask.

‘ Belief is the first, most important factor,’ says Lynne. ‘ What do you think will work for you? If you have a strong belief about something, that’s going to be the best cure.’

(For anyone not familiar with Lynne McTaggart’s work, I’d encourage you to read about her ‘intention experiments.’ The results of these experiments, where thousands of people come together to focus on a positive intention – like bringing peace to a war-torn province- are astounding).

‘ The second thing that’s so important, is that you have time. You have time to investigate different options.’ 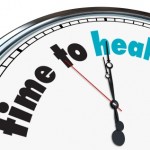 I’m sure this comment will resonate with those who’ve had cancer, who might have realised, retrospectively, that they did have more time than they were made to believe. I know Mum certainly feels this way.

Quite often, while a patient is taking in the horror of a cancer diagnosis, they are also expected to talk about treatment ‘options’ (chemo, radio or surgery). With the urgency of the doctors words, the patient is led to think their tumour is a ticking time-bomb – and it’s in their best interest to get rid of it, if not today, then preferably tomorrow.

Yet the reality is that tumours, by and large, are slow growing, and you really do ‘have time’ to think about how you want to deal with it. You might find you want to leave the tumour and address the factors that led to the cancer in the first place.

As Bryan had mentioned to me earlier, ‘ The tumour is the body’s way of telling you that something isn’t right – it’s a sign that the body’s immune system has failed.’

By removing the tumour, and carrying on as if nothing had happened, you’re failing to address the root cause of the disease: and by poisoning your body with chemo you’re compromising the one weapon you have to beat cancer: your immune system. Indeed, experts claim that 67% of cancer patients die of opportunistic infections ( infections that don’t usually cause disease in a healthy person) due to a severely weakened immune system: often a result of conventional treatments.

A lot of people talk about wanting to get back to their ‘old self’ following a cancer diagnosis – but they’d do well to consider the implications.

‘ You’ve got to re-think your whole lifestyle,’ advised Lynne. ‘Because cancer is basically a lifestyle problem – whether that’s emotional, environmental or dietary.’

So whether cleaning up your act means throwing out toxic toiletries, learning to meditate or forgiving those who owe you an apology – cancer doesn’t just mean having treatment –it means treating your mind and body to a new way of life.