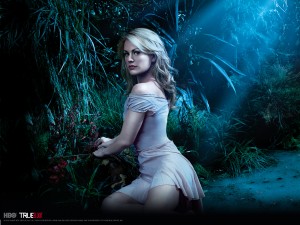 If you’re the kind of person who has to ‘see’ something in order to believe it – look away now. By all means, go back to reading the New Scientist or doing a bit of light stalking on Facebook. But be warned: you may have a negative entity stalking you.

If you think ‘super natural’ occurrences only happen in the life of Sookie Stackhouse, you’re in for a shock. Possession, shape-shifting and spiritual guides are all real. They may not be visible to you and me, but they’re very real to shamanic healer Tony Norgrove from The Sacred Tree in Denmark, Western Australia.

‘An attachment, shamanically speaking, is a non-belonging energy inside someone,’ Tony explained to me, a few weeks after he’d done some healing on Mum.

‘ They feed off energy – and I mean negative energy. So people who are going through trauma, or who haven’t recovered from emotional wounds would be prime candidates.’

According to Tony (a salt-of-the-earth sounding Kiwi) it doesn’t take a life-threatening situation to become ‘a banquet’ for these attachments.

‘We have 40,000 thoughts every day,’ said Tony. ‘And most of these are crap thoughts: we’re worrying about the future or just worrying about what’s for dinner. The more negative a person is – the more likely they are to attract these things.’

‘The ones that hide in the abdomen are reptilian, so they either look like dragons or dragons without wings.’ Stay with me. ‘I also regularly find these types in homes – they’re drawn to wet areas like bathrooms, the laundry, the toilet.’

Skeptical? So was I. 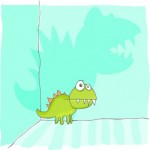 That was until I found mushrooms growing under my bathtub in London – one month after Tony told me there was a negative attachment lurking there – one, so bad, it was making him feel nauseous. He told me this, over the phone, while I was in Australia.

Further proof of Tony’s incredible psychic/shamanic abilities came during his sessions with Mum and my sister.

‘ I’m seeing an older lady with thick, frizzy black hair,’ Tony told my sister.   ‘ She’s telling me she’s a relative, she’s telling me something about 78 – that she died at 78?’

‘ I have no idea who you’re talking about,’ was my sister’s reply.

‘ Well now she’s getting really agitated. She’s poking me with a stick. She has a message to pass onto you.’

To my great-grandmother’s great agitation, my little sister didn’t know who she was (she was too young to remember). But according to Mum Tony’s description of her appearance (and manner) was spot on. And she did indeed die aged 78.

Mum’s grandmother also appeared before Tony, bearing a large celtic cross: Tony had no idea that Grandma Norton was Irish.

According to Tony all of us have spiritual guides, guardian angels and medicine animals surrounding us, and protecting us. In my menagerie? A penguin (a sign to trust in your dreams) an owl ( spirits are strong around you) and a wolf ( an animal which Tony believes can shape-shift into a Native American guide). 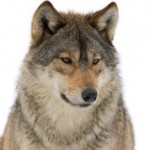 Having lots of ‘power animals’ around you is apparently a sign of good health.

‘ In Shamanism, there are three reasons we believe people get sick: either there’s a negative entity in the person’s field, they’ve lost part of their soul through trauma, or they’ve lost too many of their power animals.’

If you suspect you’ve had a slither of your soul shaved off by an ex – or you want to check you have a healthy flock of animals – Tony is your man. He also practices Reiki – a popular choice among the semi-believers, for whom talking chakras is pushing the limits of their comfort zone.

‘Someone might come to me wanting an hour or two of Reiki – and I’ll say ‘I won’t take your money, because that’s not your problem.’’

But Tony can’t always deliver the real diagnosis. ‘ I have to water it down because if I told them the truth – say, that they had a dragon or demon inside them – they’d just walk out.’

So what can we do about these scaly parasites?

‘ I’ve found certain symbols and words which antagonize them, so they show themselves. And then I slay them – usually with a purple flame.’

Anyone can clear themselves of these energy-zapping entities, simply by imagining a deep purple flame. Mum and I started doing this every morning.

‘ All you have to do is imagine a purple fire, starting at the soles of your feet. Imagine sucking or drawing it up through your legs then run the violet flame up through the torso and out the top of your head,’ Tony told me. ‘You have to do this for at least five minutes.’

So where has his method come from?

‘ I work with my guides, but I’ve developed this technique over years of sharing the tools with other people and seeing results with my clients,’ said Tony. ‘ They’ll come to me with a sore back or neck – physical symptoms of attachments – and by the time they leave, the pain is gone.’

Mum’s neck pain literally vanished after her session with Tony. Mind over matter? Maybe. But imagining a  ‘purple flame’ is certainly a lot cheaper than going to a physio.