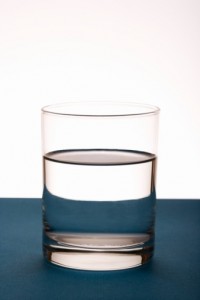 She’d first heard about it through watching this five-minute video, titled: ‘Is This the Cure for Cancer That Really Works? This is the video that the pharmaceutical industry doesn’t want you to watch.’

The clip was viewed by people around the world, in all continents within 31 minutes of being posted online.

So what exactly is this miracle liquid?

Hydrogen peroxide (H202) is essentially water (H20) with an extra oxygen atom attached. Your own white blood cells make some hydrogen peroxide, as a way of killing invading nasties – be it funghi, viruses or cancer. When the oxygen is released to fight germs, it ‘oxidizes’ them.

This sounds the death knell for cancer cells. Why? These rogue cells are not like healthy cells, which depend on oxygen to function. Rather, cancer cells love sugar and hate oxygen.

Over 80 years ago a Nobel Prize winning doctor, Otto Warburg, discovered that cancer cells require sugar to survive. He explained his findings in a presentation in 1966: ‘Cancer cells meet their energy needs by fermentation, not oxidation. Thus, they are dependent upon glucose and a high oxygen environment is toxic to them.’

But those in the know don’t need scientific studies to prove it works. Evidence suggests that around 15,000 European practitioners have treated over 10 million patients in the past 70 years with this life-saving liquid. Many have seen, first hand, end-stage cancer patients come back from the brink within weeks of starting hydrogen peroxide.

Dr Patrick Kingsley is one such doctor. For years he has treated thousands of patients at his clinic in Leicestershire, England.

As I mentioned in the previous blog, Patrick Kingsley healed a breast cancer patient, within four months – after she’d been given just months to live. She was treated with intravenous vitamin C and hydrogen peroxide.

‘ There are very few people in the country who do hydrogen peroxide and that’s a great shame, because it’s incredibly cheap and very effective,’ Kingsley told me.

Kingsley recently retired, but he is keen to spread the message about oxygen therapy and share the protocol he used to treat patients: ‘ I took two and a half millilitres and dissolved it in 250 millilitres of normal saline. So that made a 0.03% solution and I would give it to patients (intravenously) as often as possible.’

When I mentioned my mum had taken hydrogen peroxide orally – Kingsley was a little taken aback.

‘ I never ever recommended that somebody try it. But I happen to know there are probably millions of people throughout the world, who swear by it, and what it’s done for them. But because of the potential problems with the gastro-intestinal tract, I never personally recommended it.’

Mum’s boyfriend had found a practitioner in Perth, renowned for treating cancer patients with intravenous hydrogen peroxide. She made an appointment with Dr Nuttall and was impressed: but she quickly realised it was too far to travel on a regular basis. 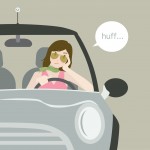 It would have meant committing to almost two whole days a week travelling to see him and also committing to a vegan diet. Mum decided to take hydrogen peroxide orally instead.

After reading numerous books on the subject she started self-administering. But after a month or so, she stopped. The solution was starting to make her feel nauseous, and, without proper supervision, she figured the risks outweighed the benefits.

By comparison, a few months of chemotherapy can cost society thousands of pounds. Can you imagine the money saved by governments, around the world, if they didn’t rely solely on surgery, chemotherapy and radiotherapy to treat cancer patients? Who knows – maybe then we wouldn’t have such a sick society.