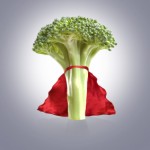 When I think about our kitchen at home, this is what comes to mind: Mum in her apron, the smell of slow cooked onions, a grumpy looking bulldog and a pyramid of vitamins next to the kettle.

As long as I can remember we’ve been prescribed supplements – everything from spirulina and zinc to acetyl-l-carnitine and oregano oil – to get us (and the dogs) through life’s challenges: be it exam stress, burnt feet or even a broken heart.

For the last twenty odd years, Mum has been fanatical about supplements.

So you can imagine her sense of betrayal when she was diagnosed with cancer.

Mum’s knee jerk reaction was to exile all the vitamins she believed had let her down. She came to realise that if we’re overwhelmed by negative emotions – like anger, anxiety or if we’re simply running on adrenalin – no amount of fish oil or vitamin C will stop the body breaking down.

But she knew deep down that certain supplements had an important role to play in fighting cancer. Mum’s surgeon had been shocked by her rapid recovery: suddenly, all that money spent on supplements didn’t seem like such a waste.

Mum slowly started to re-introduce key supplements into her diet, ones she knew were vital for cancer recovery: Vitamin D, iodine, selenium and glutathione.

Of all four nutrients glutathione (pronounced gloota-thigh-own) is probably the least well known. It’s a shame. Not only does glutathione neutralize free radicals, it also boosts natural killer cells and detoxifies the liver. Unfortunately, most of us are deficient in this powerful antioxidant.

According to Patrick Holford, author of Say No To Cancer:

‘Glutathione …deserves attention as it is perhaps the most important anti-oxidant within cells and has proven to be highly cancer-protective.’

The anti-cancer properties of glutathione are well documented.

In 1981 a group of scientists tested the antioxidant on rats. Sixteen months after the rats were given a carcinogen ( poor rats!) they  were divided into two groups. One group was treated with reduced glutathione, the control group was not. The result? After eight months there were NO survivors in the control group. But 81% of the rats that had received reduced glutathione were still alive.

Glutathione has been shown to stimulate apoptosis (cell death) of malignant cells while leaving healthy cells unaffected. Other studies have shown glutathione can reverse the development of neuroblastoma, cervical carcinoma and leukemia.

What about ovarian cancer?

It sometimes feels like the cancer that time forgot – with prostate and breast cancer often favoured by researchers and the ‘pink ribbon’ campaign dominating press coverage.

So I was cheered to find several studies looking at the effect of glutathione on women with ovarian cancer.

One trial, involving 79 ovarian cancer patients, revealed that IV administration of 2500 mg glutathione before chemotherapy led to greater tumor response and reduced toxicity compared to that found in other trials. Another trial, using the same dose of glutathione, found no cases of nephrotoxicity ( damage to the kidneys caused by chemo) amongst the 20 patients.

How does Glutathione work?

Glutathione operates in the liver – where it seizes toxins and ushers them out of the body.

But modern life is putting our natural healing capabilities to the test. Most of us are ill prepared for the onslaught of carcinogens we ingest, inhale and induce through stress, everyday.

‘There are a lot of things that reduce glutathione levels in the modern world, ranging from food toxins and environmental toxins to chronic illness and stress, so virtually all of us are subject to glutathione depletion,’ said Chris Kresser, integrative practitioner and author of The Healthy Skeptic.

According to Chris, when we have enough glutathione, it’s like wearing a bullet-proof vest. ‘It protects us from oxidative damage and when your glutathione levels drop – that’s when problems can happen.’

As we age our levels of glutathione levels start to decline, usually around the age of 45. These levels can dip by as much as 50%.

The amount of glutathione we produce largely depends on our levels of cysteine.

As long as we have adequate amounts of this amino acid our body will increase production of glutathione and vanquish invading toxins.

So boosting your intake of foods rich in cysteine  – such as eggs, meat, nuts, garlic and onions – is a good start. 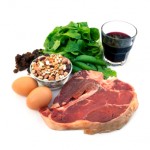 There is no point supplementing with pure glutathione. Why? Its fragile tripeptide structure means the nutrient doesn’t survive the digestive tract.

According to Patrick Holford: ‘ Glutathione must be enteric-coated to prevent degradation in the stomach. It must also be combined with anthocyans which recycle glutathione, making it much more powerful.’

Unfortunately there are few supplements on the market that tick all these boxes.

Which brings us back to cysteine.

Since her hysterectomy Mum has been taking MaxOne™ . It’s made in Australia and uses something called RiboCeine™ techonology to deliver cysteine to the cells, where it is transformed into glutathione. According to the MaxOne website it is shown to be 300% more effective than NAC (N-acetyl-l-cysteine) in raising liver glutathione levels.

Our entire family is now taking MaxOne religiously. Our bulldog, Gnocchi, takes hers in a laughing cow cheese. One of the few times she cracks a smile.

14 Responses to Glutathione: A bullet-proof vest?