‘The thoughts we think and the words we speak create our experiences.’ 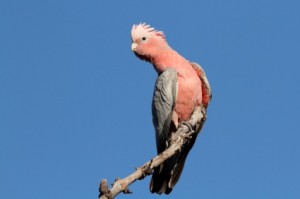 Louise Hay’s positive affirmations floated out of Mum’s room and down the corridor. Mum had been given Hay’s bestselling CDCancer: Discovering Your Healing Power, when she first came out of hospital.

It was the perfect gift. Mum suffered nerve damage as a result of the hysterectomy so it gave her something to listen to while lying in her room – looking out at the Galahs feasting on the Tipuana tree and ruminating over how the hell she got cancer.

She’d spent her life eating healthy food, taking supplements and largely avoiding alcohol (save for the occasional drop of red from a port-sized glass). So what gives?

Half way through the CD Mum realized, without of a shadow of doubt, that her emotional state had a lot to do with her cancer. Although Mum’s life wasn’t overly stressful, she recognized that from an early age, anxiety and worry could often overwhelm her.

If there was ever going to be a right time to transform her thought patterns– this was it. And if Louise Hay’s story was anything to go by – it would it be worth it.

In 1978 Hay was diagnosed with cervical cancer. The doctors wanted to start conventional treatment – she said ‘give me six months.’ In that time she completed healed herself through a combination of forgiveness, affirmations, therapy and nutritional cleansing.

Hay’s story is remarkable, but by no means unusual. Just google ‘healing yourself from cancer’ and you’ll discover a multitude of books, blogs and testimonies from people, around the world, who have done just that.

There’s also clinical research to back up the benefit of looking after our emotional health. Stanford psychiatrist Dr David Spiegel found that women with advanced breast cancer lived twice as long if they had weekly psychotherapy support.

‘People never thought that stress could have a direct effect on cancer,’ says Dr Joan Borysenko, a Harvard trained medical scientist, psychologist and author of Fried: Why You Burn Out and How to Revive ( Hay House). ‘But it turns out, that when you’re stressed, the enzymes that repair breaks in DNA are affected, so you can’t repair damaged DNA as easily.’

Dr Ryke Geerd Hamer believes that in the three years prior to a cancer diagnosis, most patients have experienced some form of psychic trauma: he has documented proof, from over 40,000 cancer cases.

There wasn’t one particular stressful event Mum could recall prior to her diagnosis, but during that time she had been feeling unusually sensitive and had often felt let down and disappointed.

So along with listening to Louise Hay, Mum started visualizing a healing ‘purple flame’(not the school boy prank kind) became acquainted with her spiritual guides and made an effort to detach, forgive and allow herself to have fun.

But there’s a flipside, we discovered, to believing wholeheartedly that the way we think affects our reality. When fearful thoughts descend (and they do) does that mean bad things will happen?

I was chopping ingredients for dinner one night – soon after mum came out of hospital – and suddenly found I’d chopped the ginger into a coffin-like shape. I let go of the knife and immediately tried to erase the ensuing thoughts about death from my mind. I spent the rest of the night worrying whether my dark thoughts would affect Mum’s recovery.

So what do you do when these ‘taboo’ thoughts descend, and how can you stop yourself fretting over negative thinking?

‘If you see a negative thought floating by, creating fear or anger in your heart, be gentle on yourself, take a deep breath and decide whether you would like to feel differently,’ says Jennifer Wright, a clinical psychologist from Perth.

‘It is helpful to use, as a reference point, a time in your life when you have felt very much at peace – such as feeling very safe with someone you love, or enjoying a deep belly laugh with a friend.’ 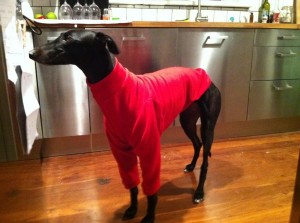 Next time I find my heart quickening and negative thoughts spiraling I’ll remember the last laugh I had with Mum. It was probably last week, when Dahling, the Greyhound, was standing on the dining room table – she’d obviously had enough of Mum being on the phone to me.

4 Responses to MD Hamer and More